, (GLOBE NEWSWIRE) -- (CIO – TSX.V) (“CIO” or “the Company”) is pleased to announce the geochemical results from a soil sampling program at the , undertaken in .

The main area of focus for this soil sampling campaign was between the and Mermaid prospects where there is known sub-surface gold mineralisation observed in a suite of RC and diamond core drill holes. Au enrichment is interpreted to be sourced via the Emperor Fault which strikes WSW-ENE through both and Mermaid.

A total of 1,695 samples were collected across an area of 1 Km2. Samples were sent to in where they were screened to the <2-micron fraction and analysed for Au + 50 element suite by ICP-MS/OES.

The and Mermaid are single lode systems that have relatively short strike lengths. A tight sample density (20mN x 30mE) was employed targeting other potential systems with a similar size footprint of the and Mermaid prospects.

Recent multi-element and petrographic analysis of the mineralisation at the Endeavour Prospect revealed there is a strong base metal association with the Au enriched vein. Cu, Pb and low levels of Ag were observed in the core and thin section work. The occurrence of these base metals in association with elevated Au grades have been used as a guide when ranking anomalous targets within the sampled area on M37/631 and 632.

Five areas have been identified as walk up targets for drill testing. Ranked highest to lowest are Delta, Alpha, Beta, Charlie and Echo. , Alpha and Beta have elevated Au coincident with high Cu, Pb and other typical Au pathfinder elements (Bi, Co, Cr, As, Ag, Sb, Te). The Charlie and Echo anomalies are in areas which show elevated Au with associated base metals; however, they are on the far west and far east of the sampled areas and are not closed off. Further soil sampling is planned on the eastern and western margins to better understand the geochemical anomalism in these areas. 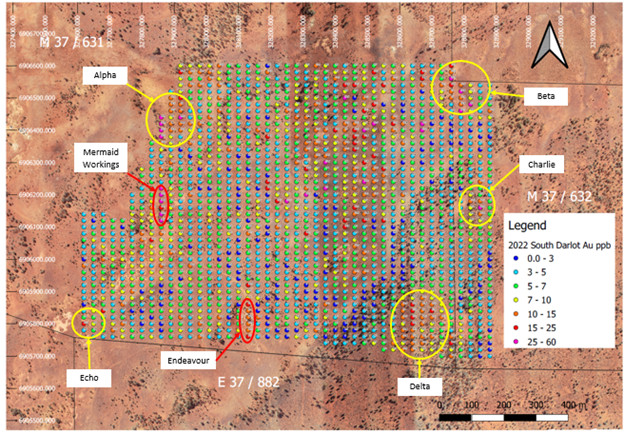 Figure 1. Au (ppb) dispersion in the with known mineralised deposits and areas of interest highlighted from soil sampling campaign. 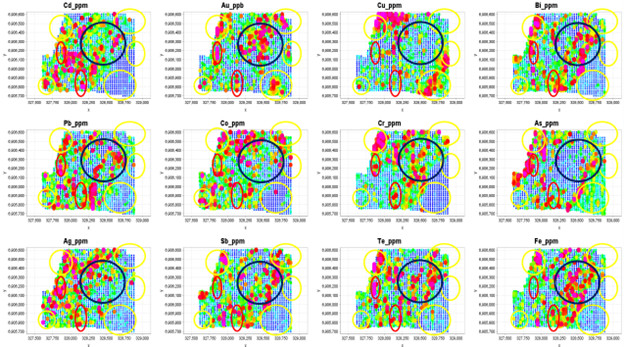 Figure 2. Spatial distribution of Au and its correlation with base metals and other Au pathfinder elements. Red – known mineral deposits, Yellow – Prospective areas for Au exploration, Blue – Area of alluvial deposition of metals.

In addition, two areas are identified as prospective lithium targets. Li1 is located in the far north and is represented by the presence of elevated Li and other elements associated elements of LCT pegmatites (Rb, Cs, Be, Ta). Further sampling is planned to better define this area. The second lithium anomaly, Li2 is located to the west of the Delta prospect. Due to its close proximity to Delta, the planned AC drilling targeting the Delta Au anomalism will be extended to target the Li2 anomaly. 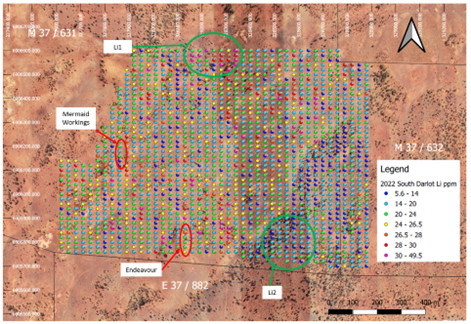 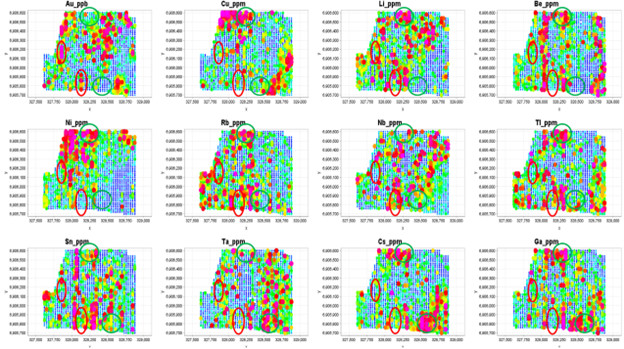 The Company’s area is located approximately 320km northwest of Kalgoorlie in and includes: 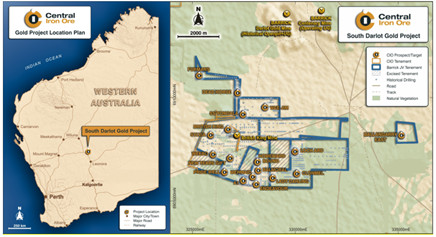 The tenements set out in the table below (“Red 5 JV Tenements”) are the subject of a joint venture between a fully owned subsidiary of the Company and subsidiaries of Red 5 Limited (“Red 5 JV”) and are situated southwest of Red 5’s Darlot gold mine and are contiguous with CIO’s current holdings in the area. The Red 5 JV Tenements are detailed below.

Mr who is a Member of the and has compiled the information within this report relating to soil geochemical distributions. has sufficient experience relevant to the style of mineralisation and type of deposit under consideration and to the activity currently being undertaken to qualify as a Competent Person as defined in NI 43-101.

On behalf of the Board of Directors

Neither the nor its Regulation Services Provider (as that term is defined in the policies of the ) accepts responsibility for the adequacy or accuracy of this release.

THIS NEWS RELEASE IS NOT FOR DISTRIBUTION TO SERVICES OR FOR DISSEMINATION IN .

Cautionary Note Regarding Forward-Looking Statements
This news release contains forward-looking information within the meaning of Canadian securities laws. Although the Company believes that such information is reasonable, it can give no assurance that such expectations will prove to be correct. Forward-looking information is typically identified by words such as: believe, expect, anticipate, intend, estimate, postulate and similar expressions, or are those, which, by their nature, refer to future events. The Company cautions investors that any forward-looking information provided by the Company is not a guarantee of future results or performance, and that actual results may differ materially from those in forward looking information as a result of various factors, including, but not limited to, the state of the financial markets for the Company’s equity securities, the state of the market for iron ore or other minerals that may be produced generally, recent market volatility; variations in the nature, quality and quantity of any mineral deposits that may be located, the Company's ability to obtain any necessary permits, consents or authorizations required for its activities, to raise the necessary capital or to be fully able to implement its business strategies and other risks associated with the exploration and development of mineral properties. The reader is referred to the Company's disclosure documents for a more complete discussion of such risk factors and their potential effects, copies of which may be accessed through the Company’s page on SEDAR at www.sedar.com. 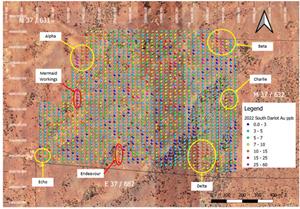 Au (ppb) dispersion in the with known mineralised deposits and areas of interest highlighted from soil sampling campaign. 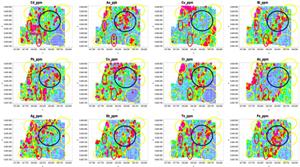 Spatial distribution of Au and its correlation with base metals and other Au pathfinder elements. Red – known mineral deposits, Yellow – Prospective areas for Au exploration, Blue – Area of alluvial deposition of metals. 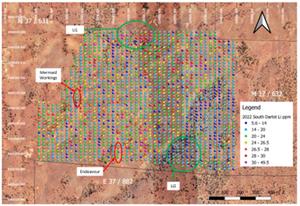 Li (ppm) dispersion in the . 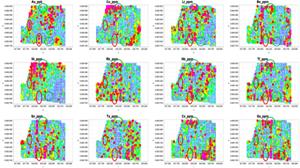 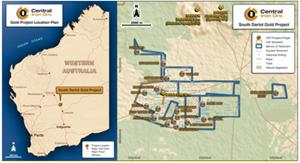