The German economy grew by 0.6% in 2019, the weakest expansion rate since 2013 and a marked cooling from the previous year, as export-dependent manufacturers in Europe's largest economy faced increased headwinds from trade disputes and less foreign demand.

The preliminary estimate, released on Wednesday by the Federal Statistics Office, was in line with a Reuters poll of analysts and followed gross domestic product (GDP) growth of 1.5% in 2018.

"This means that the German economy grew for the tenth year in a row. This is the longest growth period since German reunification (in 1990)," statistics official Albert Braakmann said.

"Without the domestic demand -- this means private consumption, state spending and construction -- the German economy would have entered a recession," Scheuerle added.

The statistics office said the public sector, including federal states, municipalities and social security systems, had a budget surplus of 49.8 billion euros ($55.4 billion) or 1.5% of GDP, down from 62.4 billion euros or 1.9% in 2018.

Matthew Cady, Investment Strategist at Brooks Macdonald, said the growth data was neither strong enough to assuage growth fears in the euro zone, nor weak enough to convince German policymakers to unleash a big fiscal response.

"It will also likely frustrate the new ECB President (Christine) Lagarde's efforts to push for greater euro zone co-ordination between monetary and fiscal policy," he added.

Germany's export-dependent manufacturers are contending with sluggish foreign demand as the world economy slows, and uncertainty linked to tariff disputes and Britain's imminent exit from the European Union.

The automobile sector is also struggling to adjust to stricter emissions regulations and a shift to electric vehicles, with leading car companies and suppliers having announced massive job cuts to cope with the challenge.

Production in manufacturing, which makes up roughly a quarter of Germany's economic output, fell by 3.6%, Wednesday's data showed. "This decrease was mainly caused by weak production in the automobile industry," the statistics office said.

Output in the car industry in January-November fell by 11.4% from a year before, statistics official Stefan Hauf added.

The economy ministry said in a monthly report that the industrial sector was still in a weak phase but was likely to reach a turning point soon, citing positive signals from orders and business expectations.

The statistics office said the German economy was carrying little momentum into 2020 after growing only slightly in the fourth quarter.

The German government will update its 2020 growth forecast on Jan. 29 although officials have hinted there will not be any major changes to its autumn forecast. In October, Berlin predicted 1.0% growth for 2020, helped by a higher number of working days. Calendar-adjusted, it expects 0.6% growth.

"The economy will continue to move sideways in 2020," said DIHK managing director Martin Wansleben. He called for both more investment in public infrastructure and corporate tax cuts to give the economy a fiscal push.

By Michael Nienaber and Thomas Seythal 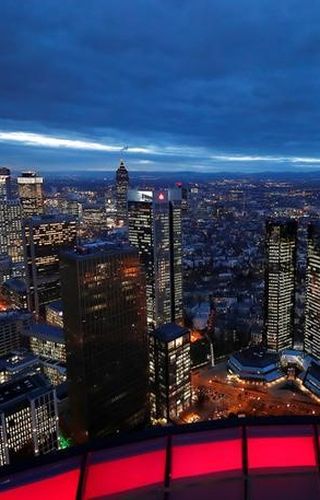