American, the largest U.S. airline, announced last month it was canceling about 140 flights a day through April 6.

Once the Federal Aviation Administration (FAA) gives 737 MAX approval to return to service, American will need at least 30 days to prepare the jets and its pilots for commercial flights, airline and union officials have said.

Boeing 737 MAXs have been grounded worldwide since March 2019 following an Ethiopian Airlines Co crash, the second of two fatal crashes in five months that killed 346 people.

Reuters has reported the FAA will not approve the return of the MAX until February and it could slip until March or later. Last week, Boeing said it would recommend requiring all pilots to undergo simulator training before resuming flights, which may also push back the resumption of commercial flights.

Without the 737 MAX, United said it was cancelling about 56 flights a day in January and February, which tend to be slower travel months, with daily cancellations rising to 80 in March and April and 108 in May and the early part of June.

Southwest Airlines Co, the largest operator of MAX airplanes worldwide, said in December it was removing roughly 300 weekday flights from its total peak-day schedule of more than 4,000 daily flights through April 13, nearly double the amount it had canceled through March 6. 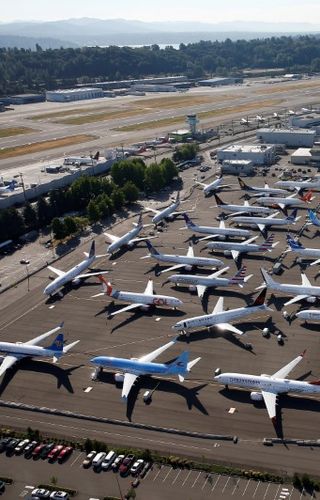