, /CNW/ -  finished a strong year with more than 1,600 episodes and over 1,300 hours of original content sold in the past twelve months. As the go-to destination for lifestyle and unscripted programming for buyers worldwide, announced additional sales to streaming service Hulu, and multiple deals overseas this fall. 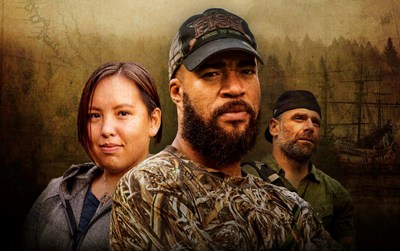 " incredible momentum this past twelve months has continued into the fall," said Lisa Godfrey, Senior Vice President of Original Content and . "Our success reflects our commitment to grow our multi-season catalogue and produce high quality content that appeals globally."

In its fourth fiscal quarter, expanded its partnership with Hulu in the , adding even more titles of its marquee content to Hulu's lineup. These include a pre-sale of gold-hunting series Deadman's Curse (8x60), currently slated to make its worldwide premiere on HISTORY in come 2022. In addition to over 200 episodes sold earlier this year, Hulu has also acquired Project Bakeover (10x60), unscripted demolition and restoration series Salvage Kings (Season 1 – 10x60 and 2 – 10x60), and home renovation series Worst to First (Season 1 – 10x60 and 2 – 10x60).

content continues to resonate in international markets with over 70 hours of content already sold in Q1. Recent sales include new seasons pickups of unscripted series Rust Valley Restorers (Season 3 – 12x60), Salvage Kings (Season 2 – 10x60) and Backroad Truckers (Season 1- 8x60) to in .  returns for more home renovation content securing Making It Home with Kortney & Kenny (10x60), Worst to First (10x60) and the third season of Island of Bryan (10x60). Blaze, an channel in and , acquires Salvage Kings (Season 2 – 10x60) and heartwarming bakery overhaul series Project Bakeover (10x60) is picked up by Talpa Networks in the , to air on Net5.

To respond to the increased popularity of its slate, has expanded its worldwide sales team with the addition of , overseeing and . joins , representing Latin American and select European territories, and , leading worldwide sales for .

is a division of .

About
Established in 2015, , a division of , is a premium content studio that develops, produces and distributes a wide array of original lifestyle, unscripted and factual content globally. Offering dynamic programming that entertains, informs and drives audiences across platforms, content is featured across Corus' suite of channels, including HGTV Canada, HISTORY®, Food Network Canada, and SLICE™. To date, content has been sold in over 150 territories worldwide.