As a mini-tantrum raged on bond markets on Feb. 25, the U.S. Treasury auctioned $62 billion in seven-year notes. But investors, it would appear, forgot to show up. The lowest bid-cover ratio of 2.04 on record sent 10-year Treasury yields rocketing to a one-year high above 1.61%.

The Fed signalling it is not perturbed by rising yields has markets fretting again. Scheduled 10-year and 30-year Treasury bond sales on Wednesday and Thursday will be what TD Securities dubs a "litmus test for potential market dysfunction".

The first aims to raise $38 billion and the second $24 billion. Another $58 billion of three-year notes are auctioned Tuesday.

The Fed clearly believes any inflation rise is transitory and tighter financial conditions so far don't warrant action. The outcome of the auctions might well test its resolve.

From Frankfurt to Rome and Madrid, government borrowing costs are up as much 33 basis points this year so Thursday's European Central Bank meeting will be a test of its ability to suppress bond yields.

As higher yields risk derailing a fragile euro zone economy, markets want action, or at least a commitment to step up bond buying via the 1.85 trillion-euro Pandemic Emergency Purchase Scheme. Not doing so risks accelerating the selloff.

Almost a year ago markets, already alarmed by COVID-19, took fright at ECB President Christine Lagarde's off-the-cuff remark that the bank wasn't there to "close spreads". Soaring yields forced the ECB to respond with the PEPP.

The anniversary is a reminder to the ECB: it never hurts to show markets now and then not to push it too far.

But the bigger question is how does Beijing withdraw pandemic stimulus and avoid asset bubbles without upsetting the economy and twitchy financial markets.

Data on Sunday showing February exports grew at a record pace from a year earlier when COVID-19 battered the world's second-biggest economy while imports rose less sharply did little to move the needle. Money supply data due out later this week will be scrutinised for froth levels in the banking system. 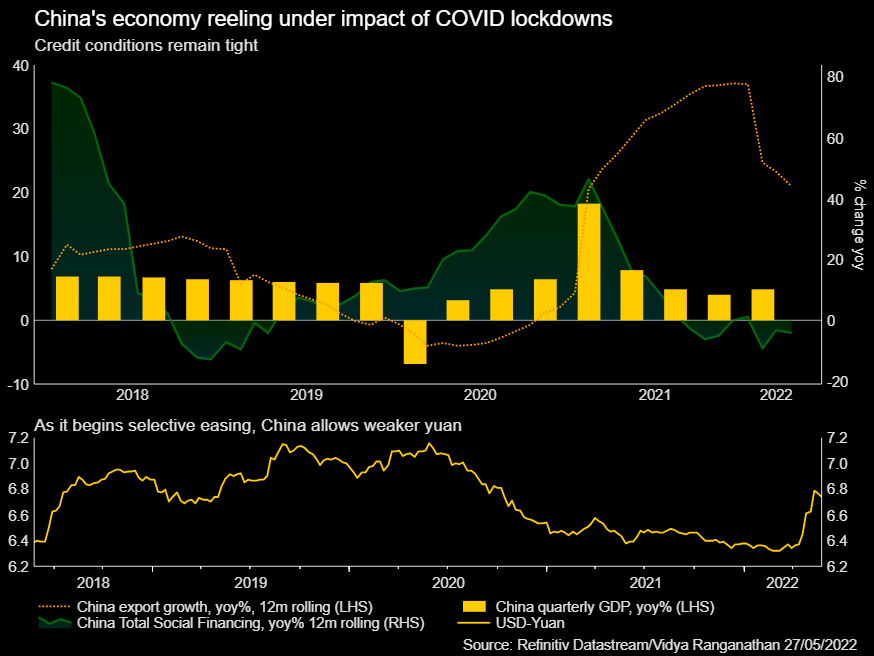 After the slide in tech stocks, one fund that bears watching is Cathie Wood's $23 billion ARK Innovation fund which has fallen more than the market in recent days. Wood shot to prominence with outsized bets on companies such as Tesla and Square that surged during the pandemic. Lipper data shows she attracted $14.84 billion in inflows over the past 12 months.

But tech companies are acutely sensitive to higher bond yields, leaving the ARK fund -- and others like it -- vulnerable to a performance hit and outflows. Wood's heavy exposure to illiquid stocks could turn out to be an issue.

European and U.S. equity returns are running neck-and-neck in 2021 but after five years of underperformance, European stocks may have just enough tailwind to win the 2021 race.

The old continent being light on tech, isn't on the front line of the bond selloff which has hit the rate-sensitive Nasdaq. In fact, for investors seeking to ride the reflation trade, Europe ticks a lot of boxes, being heavy with commodities, financials and other value stocks. 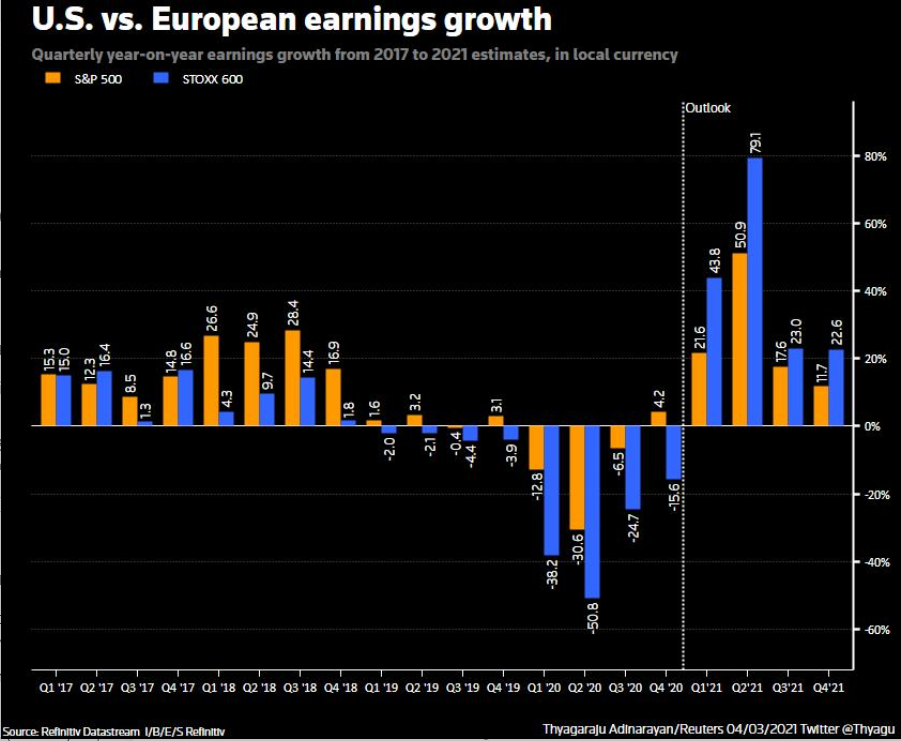