Succumb to the temptation of Apple 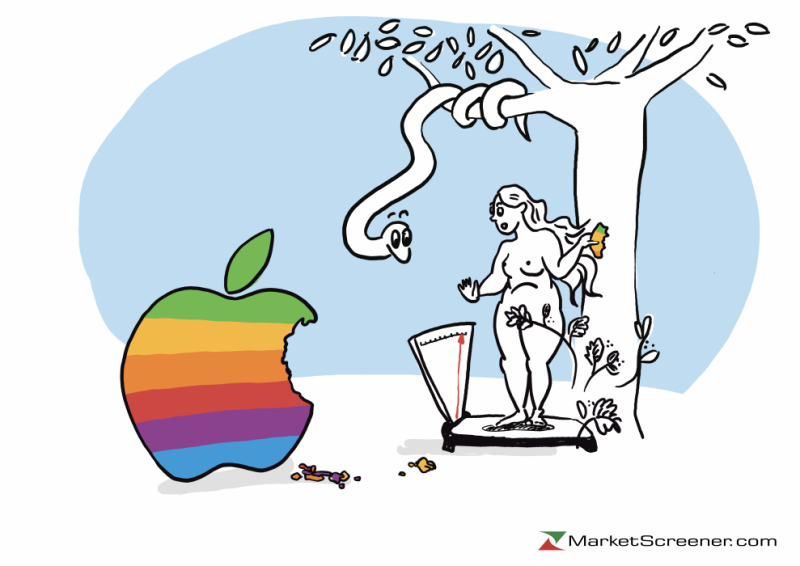 Was Apple the forbidden fruit of the tree of greed this year? It is the first company to exceed $3,000 billion in capitalization, only 16 months after breaking the 2,000 mark, and it should continue to shine in 2022.

The value of the Apple brand's shares rose by 35% in 2021, exceeding the return of the S&P 500, which stands at about 27%. Over the past two years, strong demand for Apple's Iphone 12 and 13 models has generated unprecedented growth for the company. As an example, revenue for the past 12 months reached $365 million as of September 30, for a 33% year-over-year growth.

When will the four billion mark be reached? In less than 16 months? With smartphones, tablets, connected watches, computers, the predictions are made. The Californian company has shown that it has the ingenuity and know-how to catch the new technological waves that are emerging and to make a lot of money along the way.

It plans to explore new markets such as autonomous cars and virtual reality to explode the meters. An Apple Car with an augmented reality headset? Is the frontier with the Metaverse in sight? Apple should stay one step ahead of its competitors and expand its user base even further. The scales could well tip again in the coming months for those who devour the Apple brand on financial markets.