The Royal Bank of Sc

Former Barclays chief executive John Varley first suggested the bank could use a side deal to satisfy Qatar's demands for extra cash in return for rescue funding for the bank during the 2008 credit crisis, a London court heard on Tuesday.

Thomas Kalaris, one of three former top Barclays bankers who deny fraud linked to the capital raising, on Tuesday described a meeting with a senior Qatari official on June 3, 2008, and how he subsequently took the service lift to Varley's office on the 31st floor of the bank to discuss the Gulf state's fee demands.

The case revolves around how Barclays avoided the fate of Lloyds and Royal Bank of Scotland and averted a state bailout with an 11 billion pound ($14.3 billion) fundraising in June and October 2008.

But the Gulf state, which became the largest single investor in Barclays, first asked for a fee of 3.75% in return for its investment -- substantially above the 1.5% the bank was offering other investors, the jury has heard.

"His (Varley's) immediate reaction was that he would be prepared to offer value of 3.5%...," Kalaris told the jury at the Old Bailey criminal court, as he began his testimony.

"He said it should be done via a side agreement", he said, adding this was "quite common" in banking and "absolutely not" dishonest.

Varley was acquitted of fraud charges last year and is not accused of any wrongdoing.

Prosecutors for the UK Serious Fraud Office allege the three former executives lied to the market and other investors by not properly disclosing 322 million pounds paid to Qatar, disguising them as "bogus" advisory services agreements (ASAs) in return for around four billion pounds in investments over 2008.

The men have said the ASAs were designed to be genuine side deals to secure lucrative business for Barclays in the Middle East -- a region the bank was eager to exploit -- and were approved by lawyers and cleared by the board.

Kalaris, 64, agreed his role in the June 2008 capital raising could be described as a "quarterback" and involved, in part, ensuring decision makers "understood what was going on".

"Did you think for a moment that Mr Varley was instructing that there should be some form of dishonest or hidden nature to the balancing payment, whatever that amount would need to be?" Kalaris's lawyer, Ian Winter, asked. 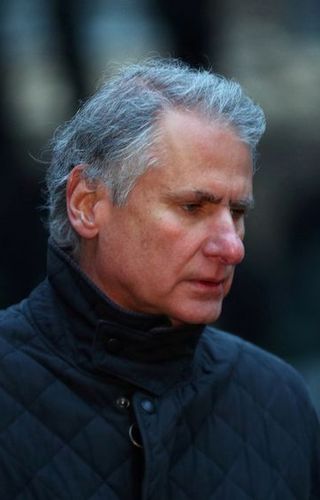