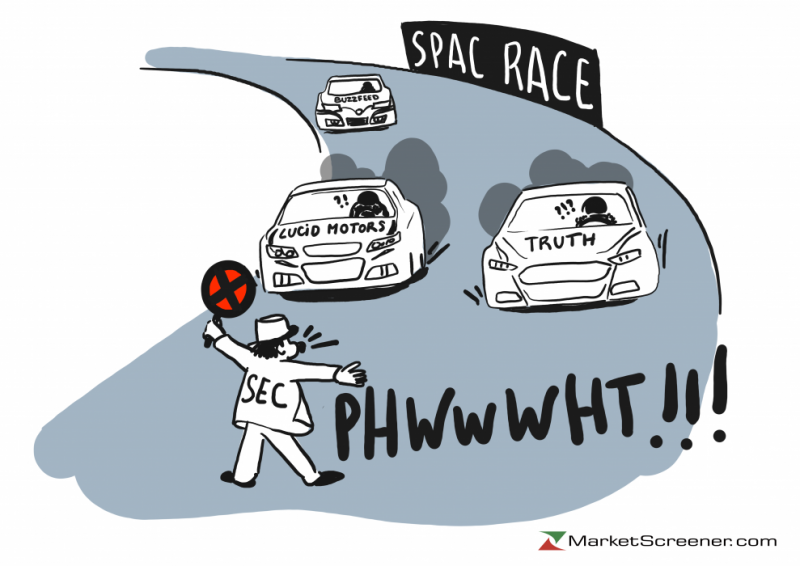 Going public via an SPAC is the new trend. This craze, combined with the mountains of capital swallowed up by these vehicles, is causing too much talk and is prompting the American market watchdog to take a closer look at these new types of IPOs.

Grab in Asia, Mediawan in Europe, WeWork, Virgin Galactic or more recently SoFi technologies in the United States... The IPOs facilitated by these blank check companies are multiplying on both sides of the Atlantic, and have inevitably attracted the attention of the SEC.

Since these entities have no operational activity before going public, they are not subject to the same obligations as traditional companies at the time of their listing, and have no track record to prove their health, soundness or future growth of their business. And therein lies the problem.

Last July, the SEC fined Momentus, in connection with its merger with Stable Road Acquisition Company, for lying about its technology. The space infrastructure company boasted that it had successfully tested its technology several times, when only one test had been conducted, and it had failed. From then on, mefia te.

This week, two high-profile SPACs had their road blocked by the authority: Lucid Motors, the electric vehicle startup that merged with Churchill Capital Corp. IV in the first half of this year, and Trump Media and Technology Group (TMTG), which has ambitions to enter the public markets via the Digital World Acquisition Corp (DWAC) shell, to carry Truth, the former US president's social network.

The first is under scrutiny by the SEC and will have to provide documents relating to its projections and statements. The second, not yet incorporated, is already under investigation. The SEC wants to investigate the genesis of the project: the merger discussions have allegedly been initiated well before the communication to the general public, which would constitute a first violation of the rules that apply to SPACs.

The institution's new zeal regarding these vehicles is not without effect. In addition to increasing the vigilance of future investors, this may already have had a dissuasive effect on the companies which counted on these transactions. This is enough to seriously cool down this nascent trend, or at least to freeze its cylinders.