Although MandiToken is a new startup, it is the forerunner in the digitalisation revolution. After the establishment of the media partnership with FMW, with the global influence of FMW Media, MandiToken will receive a series of media exposure for 18 months, including interviews with Nasdaq. In the coming year, feature series on MandiToken will be broadcasted on various mainstream media. 12 HD specialised feature series will be broadcasted on Fox (New to the Street and Innovators), while Bloomberg U.S. Television and KRON Channel 4 SAN Fran will each broadcast 12 HD feature series respectively. Promotion of these feature series will also be conducted on the official website of New to the Street and social platforms such as Twitter. In addition, MandiToken will have additional interviews and appearances on Nasdaq, all will be filmed in FMW's NYC studios including Nasdaq MarketSite - TIMESquare media productions. 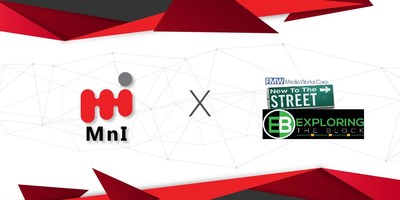 MandiToken is one of a kind, making full use of tokenisation, and combines blockchain technology and digitalisation with conventional business. Based in Indonesia and taking advantage of the rich mineral resources, MandiToken incorporates conventional business in the mining and infrastructure sectors into a diversified pool, and it is linked to blockchain. MandiToken will be listed on various exchanges in Asian, fully demonstrating the great potential of the company. And all the mentioned strategic marketing plans will help MandiToken boost the corporate image and its influence in the blockchain industry.

Partnering with FMW is a brilliant addition for MandiToken, as FMW operates one of the longest running U.S and international sponsored programming T.V. brands, New To The Street, and its blockchain show, Exploring The Block. Since 2009, these brands run shows across major U.S. television networks, and these TV platforms reach over 540 million homes both in US and international markets. In the past year, focusing on blockchain technology development, FMW has helped numerous blockchain-based companies promote their image and has gained remarkable results.

Thanks to the media partnership between MandiToken and FMW, the innovative startup can be showcased in mainstream media, gaining public attention to not only MandiToken itself but also the cutting-edge technology and its applications in conventional business. We are looking forward to the coming interview on MandiToken and learning more about this startup that is bridging the conventional business and virtual economy.