FRANKFURT (Reuters) - House prices in the euro zone are in for a reality check as a pandemic-induced recession pushes more people out of work and hits household confidence, the European Central Bank said on Wednesday.

Residential property prices were remarkably resilient during the first wave of the coronavirus pandemic, rising by 5% in the first half of 2020, thanks to loan repayment moratoria and job- protection schemes put in place by governments.

But, with some of these measures expiring and economic indicators pointing downwards, the ECB said the outlook is now less rosy.

"Residential real estate price growth might face headwinds going forward as a result of a marked decline in GDP, consumer confidence and employment expectations," the ECB said in its Financial Stability Report.

At a country level, valuations appeared most stretched in Luxembourg. The most indebted households were to be found in the Netherlands.

For graphic of Euro zone house prices are in for a reality check as pandemic bites: 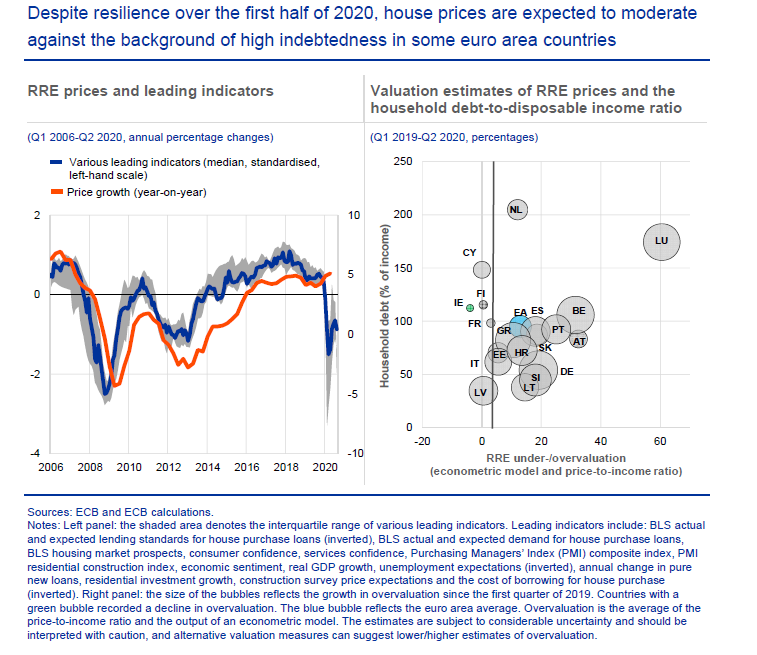 Banks have already been tightening access to credit while demand has also been easing, the ECB's latest survey showed last month.

Other areas of concern for the ECB included the prospect of ballooning government debt if governments, particularly in southern Europe, are called upon to make good on their guarantees on corporate loans.

"As governments are backstopping the economy, sovereign vulnerabilities in the medium term have increased, but remain contained in the short run," the ECB said.

For graphic of Governments on the hook from loan guarantees: 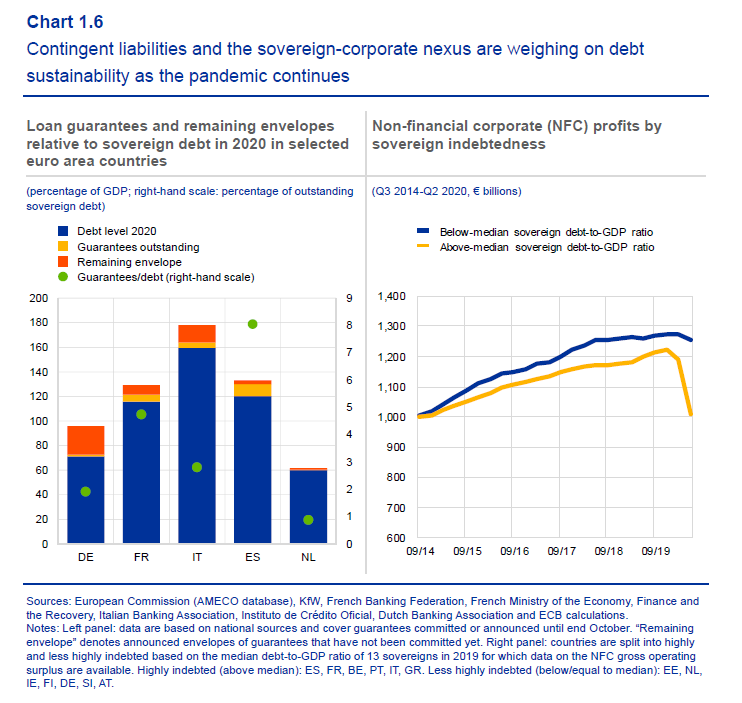