Thiam "has led by example in terms of personal commitment to the group's conduct and ethics standards, but recognising that the observation matter had a significant impact on the group, his non-financial assessment score has been reduced," it said.

Thiam quit in February after the scandal over secret spying on senior executives hit the reputation of one of Europe's largest banks and shocked Switzerland's financial community.

Switzerland's second-biggest bank also confirmed that Chairman Urs Rohner would step down as of the 2021 annual meeting and that a search for his successor was making progress.

Despite higher profit in 2019, Credit Suisse's collective bonus pool edged down to 3.17 billion francs, the report showed. Credit Suisse had pledged to pay out more of its profit to shareholders via dividends and share buybacks.

Thiam remained one of Europe's best-paid bankers even though UBS Group CEO Sergio Ermotti, who is leaving his post this year, made 12.5 million francs last year.

Rohner's compensation for 2019 was flat at 4.7 million. Briton Richard Meddings is set to join the board as chair of the audit committee if approved at the annual meeting on April 30.

(This story corrects to read chair of the audit committee (not Rohner's deputy), paragraph 7) 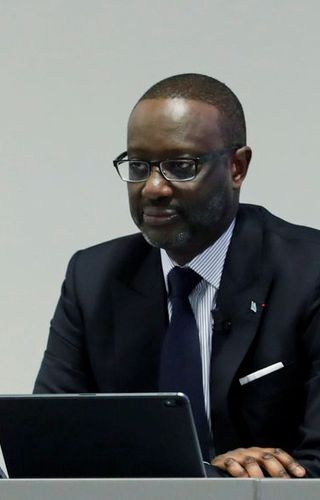