Adam Crozier
Data analytics company Kantar has appointed Adam Crozier as non-executive chairman, bringing the experienced former TV, mail and advertising boss to the group as it starts a new phase under the ownership of Bain Capital.

Crozier, 56, was CEO of British commercial broadcaster ITV from 2010 to 2017, steering the company through a tough decade for the media industry by reducing its reliance on advertising and expanding its production business.

He has also been CEO of Royal Mail and the English Football Association, as well as joint-CEO of advertising giant Saatchi & Saatchi.

The announcement comes as Kantar embarks on a new phase of development: in December private equity group Bain completed its purchase of a 60% stake in the group, while former owner WPP retained the rest.

"His experience of advertising, media, retail and technology, alongside his track record of guiding management teams on transformation journeys, make him an excellent appointment to support Kantar in their next phase of growth," Gent said.

Crozier said Kantar's opportunity for growth lies in the impact it delivers for clients - including household brands and tech giants such as Facebook and Google.

This is the second time in two months that Kantar has appointed a former ITV executive. In January Ian Griffiths was named Kantar's chief financial officer, after ten years at ITV.

Long-time chief executive, Eric Salama, said in December that he would step down during 2020. He told the Financial Times this was a personal decision after he was stabbed in an attempted carjacking in London in January 2019. His successor has not yet been appointed. 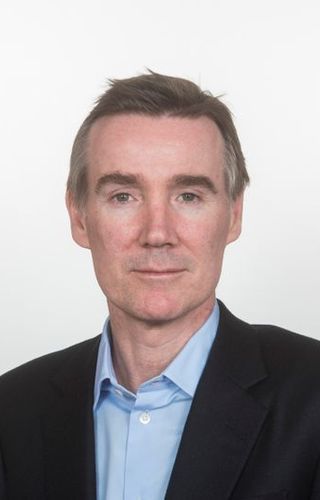