The soaring price of European Union emissions permits is prompting more utilities to switch from high-carbon coal to natural gas for power generation in Germany, which could accelerate the phase-out of this highly polluting fuel.

Last year, the cost of emission permits rose by 28%. In Germany, electricity production from hard coal fell by 6% and from lignite by 11%. While this partly reflects a drop in demand due to the pandemic, gas-fired generation remained broadly stable.

The benchmark price for EU carbon allowances has risen by a further 45% since a December meeting at which EU leaders agreed a more ambitious emissions reduction target for this decade.

The decision led to a rush to buy permits, pushing prices to a record high of EUR 45 per tonne.

The higher carbon price has increased the cost of operating coal-fired power plants, making them less profitable than their gas-fired counterparts. Some generators have switched to gas, which emits less carbon dioxide when burned. For those unable to switch fuels or operating at a loss, the costs of permits are passed on to the consumer through higher electricity prices.

On the German electricity market, the gap between the so-called clean dark and clean spark spreads - which effectively measure the cost of operating coal and gas-fired power plants respectively - has widened since last November. 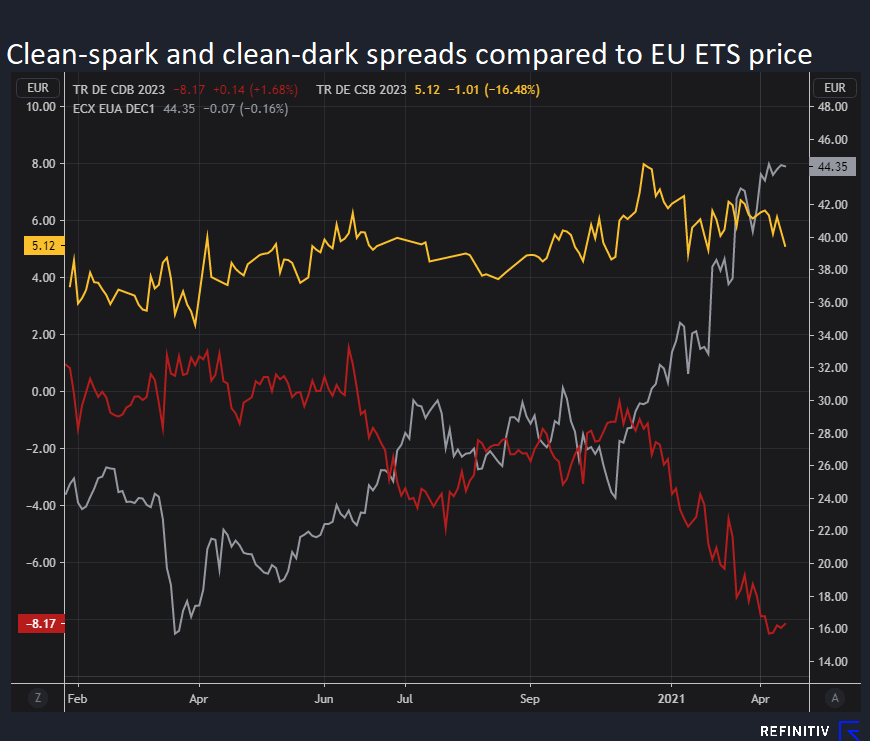 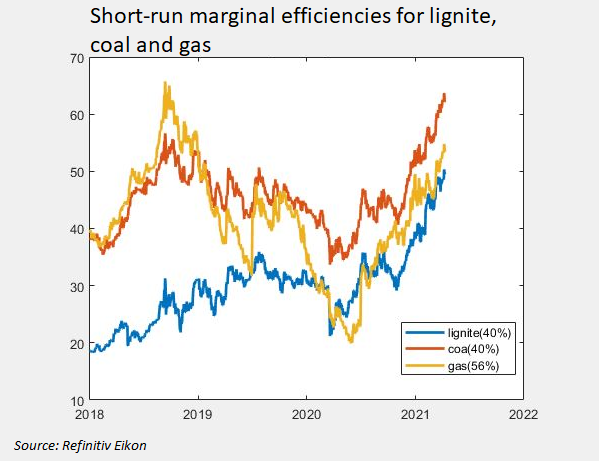 The rise in the price of carbon has caught many industry players off guard, as its low price relative to other fuel sources had led many to view lignite as a "safe bet" in the short to medium term, said Marcus Ferdinand, an analyst at ICIS

For coal and lignite to remain competitive in EU countries where they remain an important source of fuel, operators would need to see the price of the fuel fall dramatically relative to gas in order to narrow the gap, he added.

But as gas prices recovered from the summer months of 2020, coal prices also soared on strong demand in China during the post-pandemic recovery, hitting a near two-year high in January. They remain about $10/tonne higher year-on-year. 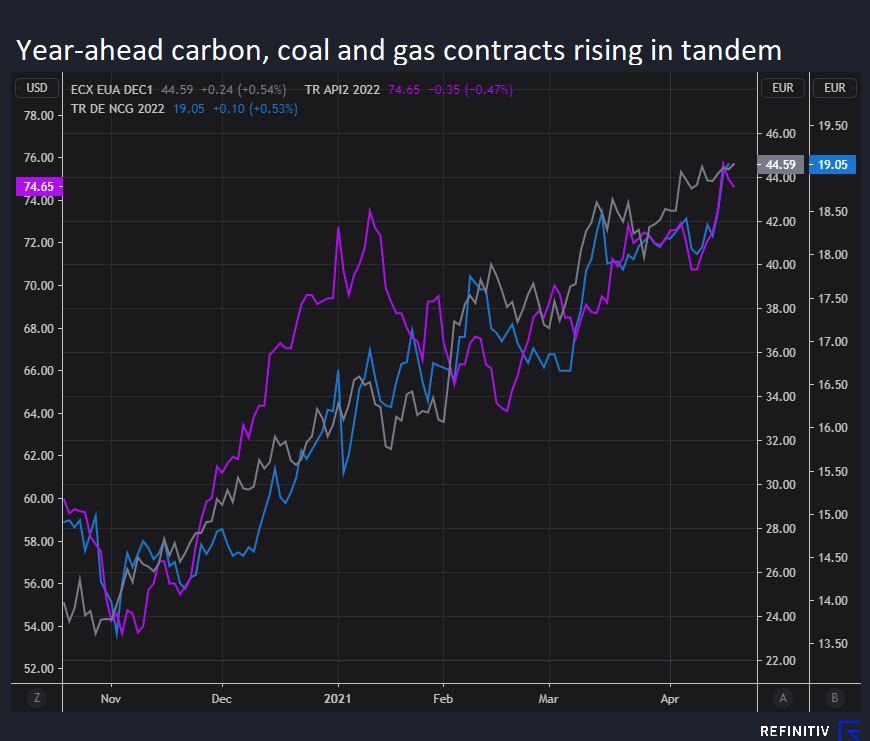 Some analysts believe that higher prices will eventually lead to an acceleration of the phase-out of coal and lignite-based power sources, which are currently scheduled to be retired in 2038 in Germany and 2040 in Poland.

If coal plants close at a faster rate and there are no alternatives in place to meet the demand for electricity normally provided by conventional supply, there could be a supply crunch later.

"As we move away from coal, and with unknown or risky prospects (for) building gas-fired power plants, we expect many countries to face security of supply issues," said Espen Andreassen, an analyst at consulting firm Volue.