Link copied
After the weekend's agreed new start on Brexit (postponement of the vote on the London-EU agreement and request for postponement of the Brexit failure by Boris Johnson), the S&P500 index is expected to start the week up by 0.4%.
> On the macroeconomic level, no figures will be revealed today.

Graphically, the configuration remains unchanged. The dynamic remains upward in hourly data above 2963 points... Only the sinking of the 2963 points would suggest the beginning of a new phase of consolidation towards 2948 points then 2918 points...
Conversely, the derailment of the 3006 points would open the way to historical records...
< 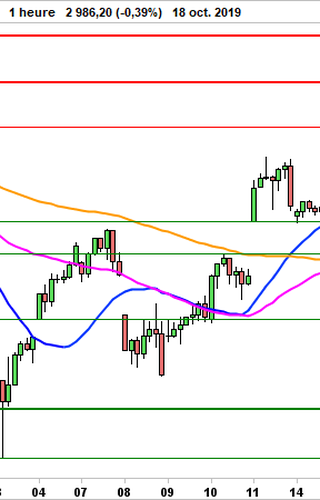