China's corn crop is expected to fall by up to 10 million tonnes, or nearly 4%, from the latest government estimates after heavy wind and rains toppled crops in major production areas in the northeastern cornbelt, analysts said.

Expected production losses have pushed Chinese corn futures to a record high and stoked worries over supply shortages in the world's second-largest consumer of the grain after it ran down once-mammoth state stockpiles and boosted imports.

"We think that corn output in the northeastern region would fall 5-10 million tonnes this (crop) year," said Zhang Dalong, analyst with COFCO futures, referring to the latest output estimate from the Ministry of Agriculture for the 2019/20 crop year of 260.7 million tonnes.

"Impact on output and quality of the grain will be felt over the longer term," Zhang said. 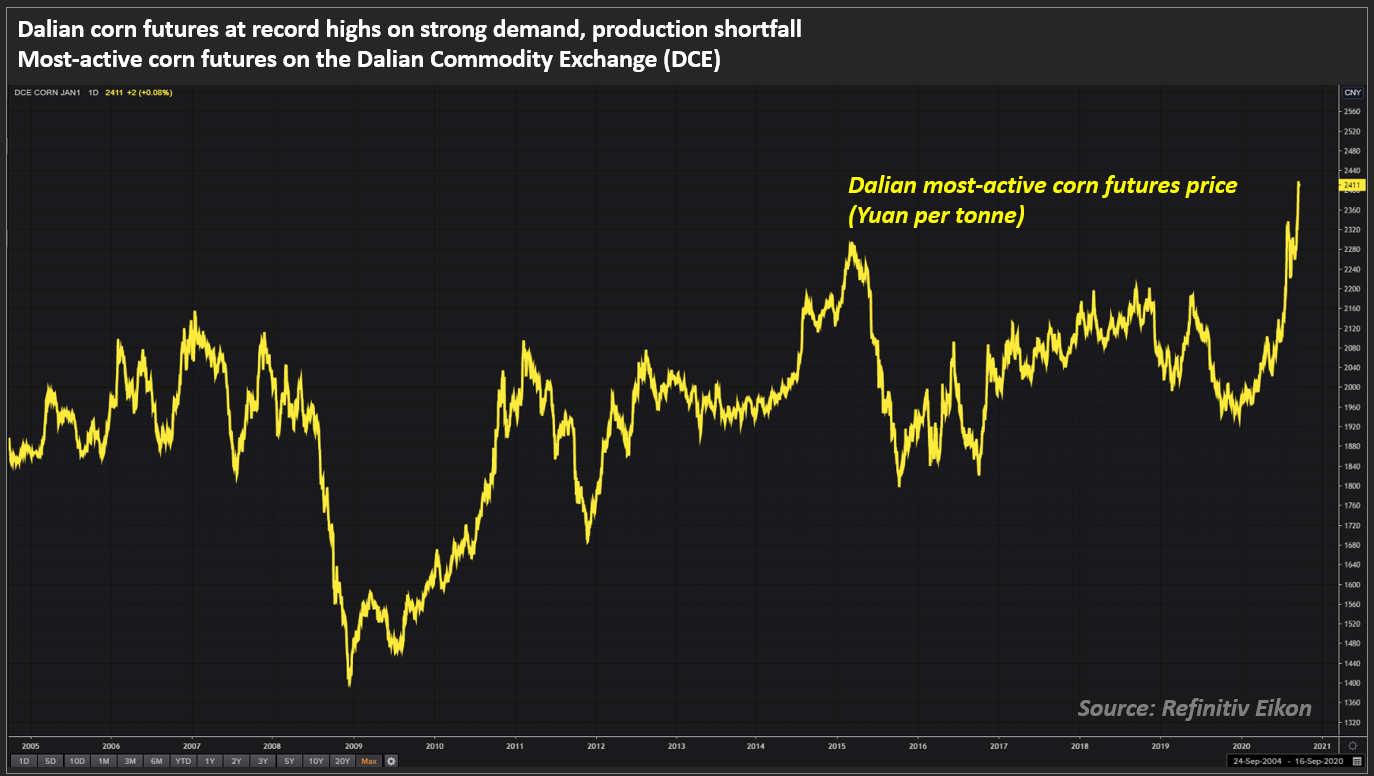 "Flattened crops are not equal to no harvest, and you might recover some output if the crops get handled properly later," said Meng Jinhui, senior analyst with Shengda Futures.

"But the cost of harvest will rise and there is increasing risk that the corn crops would lose their test weight while getting mouldy," said Meng, who gave an initial estimate that corn output in the northeastern region will drop by about 5 million tonnes. 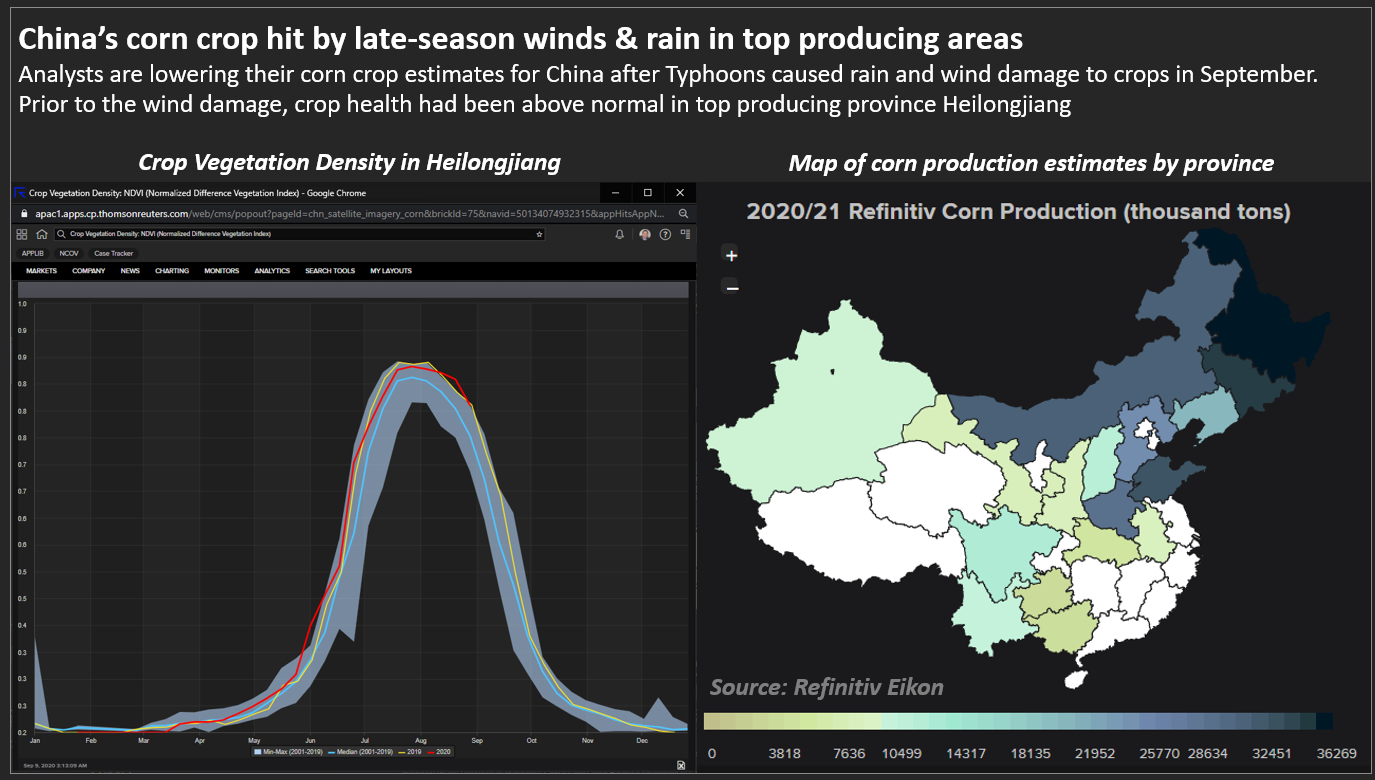 The most active corn futures traded on the Dalian Commodity Exchange for delivery in January rose to a record 2,419 yuan ($357.16) per tonne on Monday.

China's agriculture ministry lowered its forecast for 2020/21 corn output by 1.8 million tonnes to 265 million tonnes, on impact of the typhoons, but the figures were still up from its estimate for the 2019/20 output.

Heilongjiang, top corn producer in the country, said on Wednesday that the typhoons did flatten crops in some fields, increasing farm loss and harvest costs.

The impact on grain production in the region, however, was limited as rescue measures such as drying and draining were made in time, the provincial government said on its official WeChat account.

The acreage hit was quite small, while the damage was mild, it added. 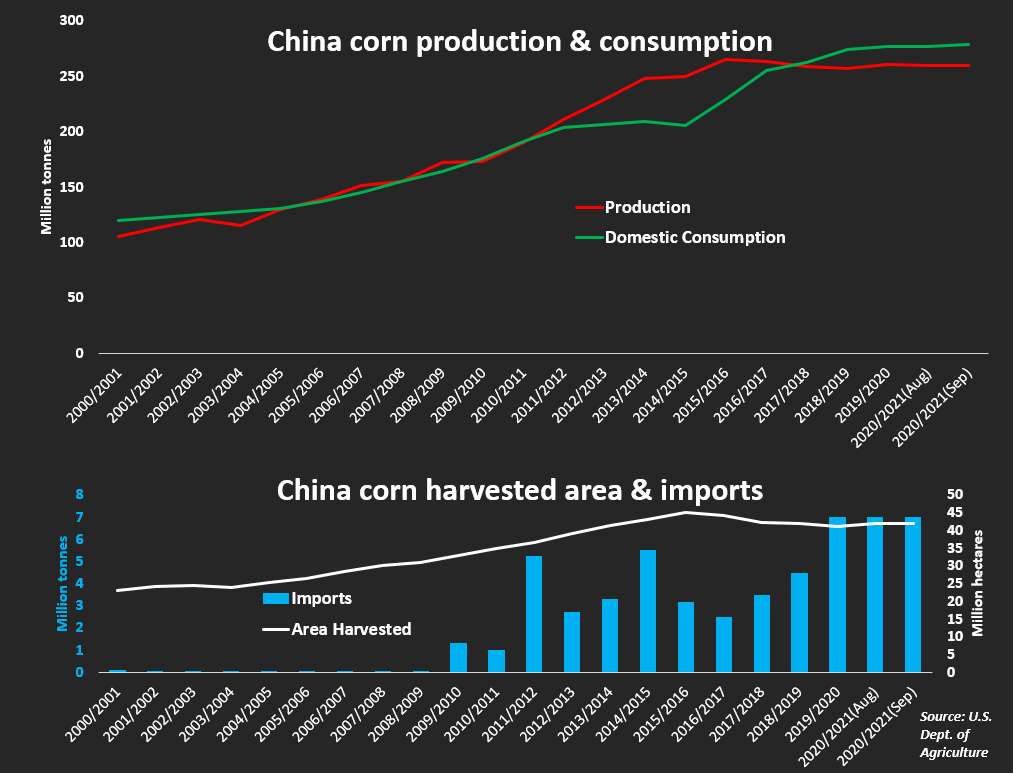 Betting on higher prices, grain traders in northeastern China have expanded storage capacity while farmers plan to hold off sales this year, according to Cofeed, an agriculture consultancy.

Production losses in Heilongjiang, China's top corn producing province, could be up to 20%, Cofeed said in a report, citing findings from a crop tour earlier this month.

With domestic output falling, China is expected to import more from major suppliers like the United States. 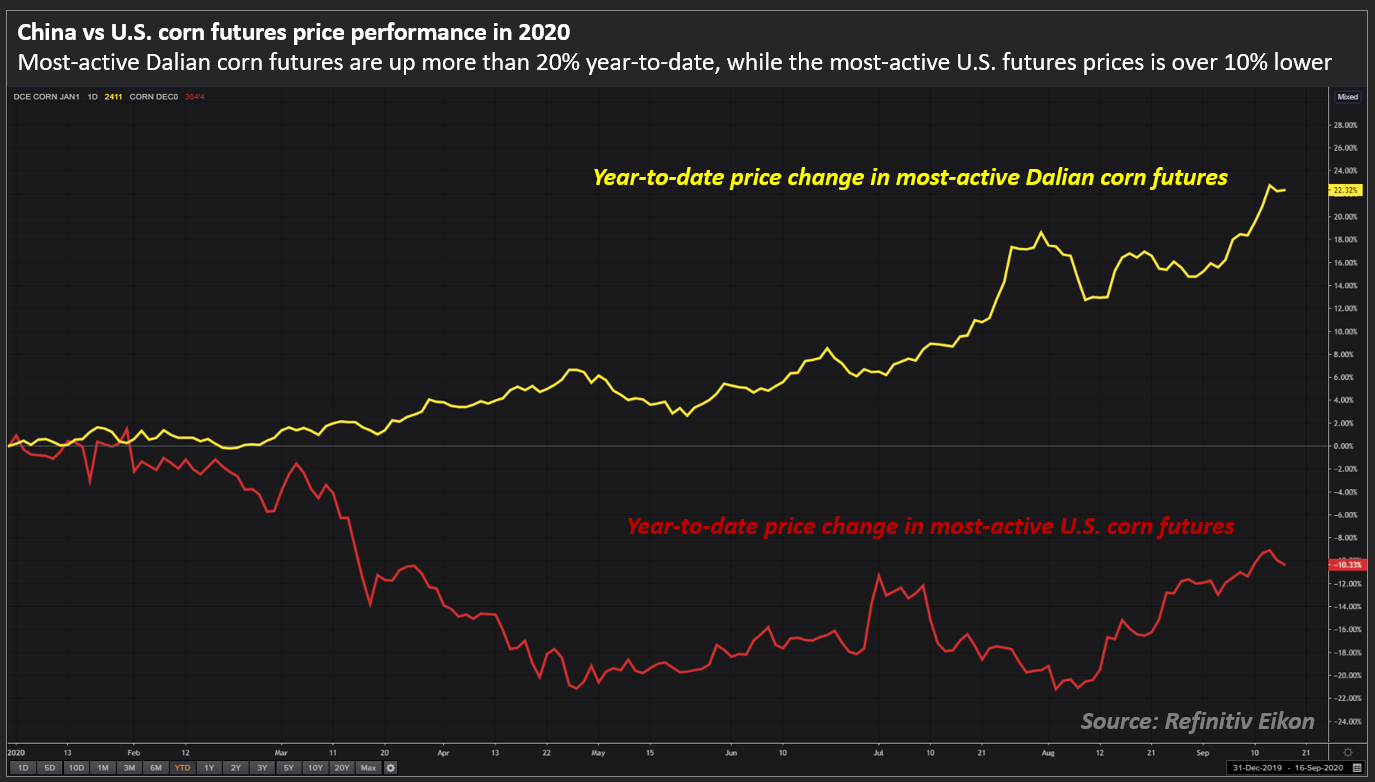 "We would need to buy more (corn)," said an executive with a state-owned agriculture trading company.

Overseas corn "is cheap so it makes sense to buy. We don't have enough feed grains but can just buy," said the executive, who declined to be named as he was not authorized to speak to the media.

By Hallie Gu and Gavin Maguire