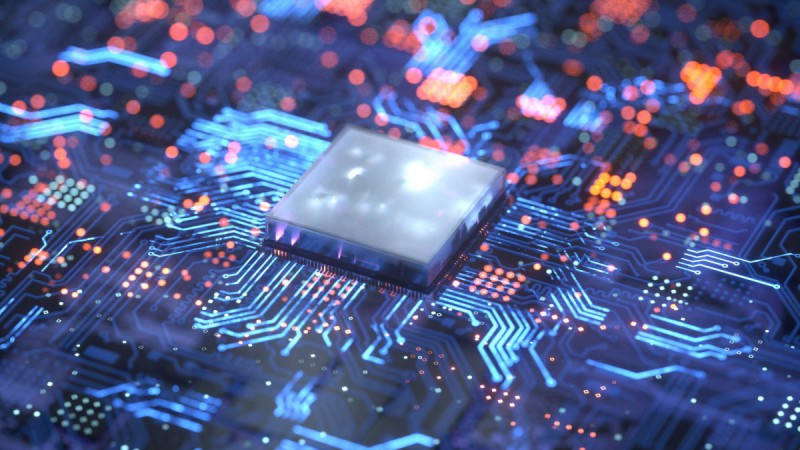 Once the preserve of the trade press, the semiconductor industry has taken over mainstream media for several months. On the radio, on the news or on the front page of press sites, chip shortages are constantly mentioned. And for good reason, the repercussions are numerous and put companies - in many sectors - in difficulty.

Although this sector is somewhat too vague, it is at the root of all modern computing. Whatever device you are reading this on, it is bound to work thanks to the presence of semiconductor materials. That's right, I said semiconductor MATERIALS. If the term semiconductor is commonly used to talk about chips, it is actually a misuse of language. A semiconductor is more or less a material. A material with special properties since it can be both a conductor and a non-conductor (insulator) of electricity. Let's take an example. Silicon (Si) is one of those materials with the particularity of being neither completely conductive of electricity, nor completely insulating. To be exact, a semiconductor is an insulator which, when we light it, heat it or subject it to a specific electrical voltage, becomes conductive (electron excitations).

The best known example is photovoltaic plates. It becomes conductive and creates an electric current when it receives UV rays: this is the photoelectric effect. In a computer processor, it is an electrical voltage that allows the semiconductor to change from insulator to conductor.

Now that we have seen that semiconductors are nothing more or less than specific materials, let's see what these chips are that we keep hearing about.

When we click on an electronic device, we expect an instant response. If a delay of several seconds were to occur, in addition to being very unpleasant, imagine the complexity and the danger that this would create for the development of certain products such as electric cars

These chips are in fact the main component of processors (mini-computers to put it simply). These are made from miniaturized active devices and passive devices. The interconnections between these two devices are made from a thin substrate of semiconductor material.

We take a block of semiconductor material (e.g. Silicon) that we cut into an extremely thin and perfectly polished slice (Wafer). We "print" a large number of integrated circuits on it. We cut these integrated circuits, which gives us electronic chips (Die).

Finally, these chips are encapsulated in packages to make microprocessors.

But what is the purpose of this process? Chipmaker AMD offers a simple example: "When we use a laptop to book a vacation, find a restaurant recommendation, stream a movie or access our e-mail, the laptop's central processing unit (CPU) and graphics processing unit (GPU), both based on semiconductors, perform calculations that instantly turn questions into answers. "

Today processors are used all around us. Whether in PCs, smartphones, cars, data center servers (Cloud), game consoles, or medical machines, their presence is necessary. But to build these processors, we need chips, which means integrated circuits, which means semiconductors (understand semiconductor materials). However, the process of manufacturing electronic chips involves many steps. It takes years of experience and research in this sector to develop, design, produce, market and service a single range of electronic chips. Sand has to be processed, purified and liquefied at 1,700 degrees to obtain silicon ingots, which are then cut into wafers. While the shortage has greatly accelerated funding for this sector, money does not solve everything.

While many semiconductor executives are optimistic that new manufacturing plants should significantly ease supply chain bottlenecks by the second half of 2022, not everyone feels that way. Matt Murphy, CEO of Marvell Technology, opts more for a scenario where plant capacity expansions will not help boost production until 2023 or 2024. A hypothesis shared by many companies such as Intel or GlobalFoundries, which recently indicated that its production capacity will not be at its maximum until late 2023.

There are several issues that explain this less than optimistic scenario:

The process of building a semiconductor plant is extremely expensive in terms of capital, time and complexity. Today, the construction of a plant is estimated to cost between $10 and $15 billion. Moreover, these astronomical projects will only pay off in several years, provided that demand continues to grow. And while growth should theoretically follow Moore's Law and continue to grow, there is no guarantee that this will be enough to make such factory projects profitable. One of the fears in the sector is that, due to the fact that several companies are building their factories at the same time, the world's production capacity will outstrip demand.

Edwin Kan, professor at Cornell University: "The concern is that if the timing is not right, they will never get their money back. The profit margin is high right now, but once other players come in, the profit margin can't be maintained."

But that's not the only problem. The chip industry faces a number of other concerns:

According to the CPI, 80% of companies in the industry say they have great difficulty hiring qualified employees. Workers need specialized training to handle the toxic chemicals used in the semiconductor manufacturing process, creating another bottleneck to increasing the workforce. Companies are now offering higher wages, more flexible schedules, and training and education opportunities in an attempt to attract new hires. The Oregonian recently reported that Intel, the world's largest semiconductor company, is even running a "help wanted" TV and radio ad campaign aimed at students who are still in college to work part-time when they are not in class.

Finally, many of the items needed to make chips have also been in short supply. The substrates that make up circuit boards, the surface on which chips are mounted, have been hard to find. Various items related to the manufacturing process are also out of stock, such as personal protective equipment and gas lines. Designing chips is not something you can do on the fly.

After the exponential increase in demand accelerated by the COVID crisis, supply has not kept up. And the fact that Taiwanese giant TSMC (50% of global production) and South Korean Samsung Electronics prefer to sell their components to smartphone manufacturers, who are less price conscious than carmakers, does nothing to help the shortage. A shortage that, according to Pat Gelsinger (Intel), should last until 2023. It is for these reasons that governments are panicking and doing everything to get their industries going again as soon as possible. Thus, Joe Biden or Thierry Breton (European Commissioner in charge of the EU Internal Market and Digital) have promised colossal public aid plans to help domestic industries in the production of electronic chips. In short, whether it is to help the automotive industry or to make our coffee maker work, this issue is a real challenge for technological sovereignty.

Now that we know a little more about the shortages linked to these semiconductor materials necessary for the design of ICs and therefore of electronic chips, let's see how the market is divided up.

One of the main problems of this market is its immense complexity in the production chain. Not all groups have foundries (semiconductor manufacturing plants), because of the colossal investment costs that they generate. TSMC's latest plant, capable of manufacturing 3nm semiconductors and completed in 2020, cost $19.5 billion. So even the US giant Intel, is considering outsourcing some of its production to TSMC. And it is mainly this lack of foundries that is causing the current shortage.

There are three main categories of companies in this industry, namely integrated device manufacturers (IDMs), fabless companies and foundries.

Fabless companies focus solely on IC design. Foundries focus only on IC manufacturing. MDIs do both (design and manufacture).

This results in two business models:

- Alliances between IC design companies and pure-players in foundry

This second model is called the Fabless-Foundry Model and allows each company to specialize in a core business. While owning a foundry for a chip designer company can be seen as a competitive advantage, the growth rates of the fabless-foundry model have been higher than those of the IDMs over the last decade.

This raises the question of whether the fabless-foundry model will eventually dominate the semiconductor industry or whether it will only grow to some extent. Nevertheless, in the long run, several studies agree that these two models should coexist. Source: Statista
If you wish to discover more about the players in this market, a MarketScreener thematic list is available right here