Tencent vs Sony vs Microsoft: FIGHT! 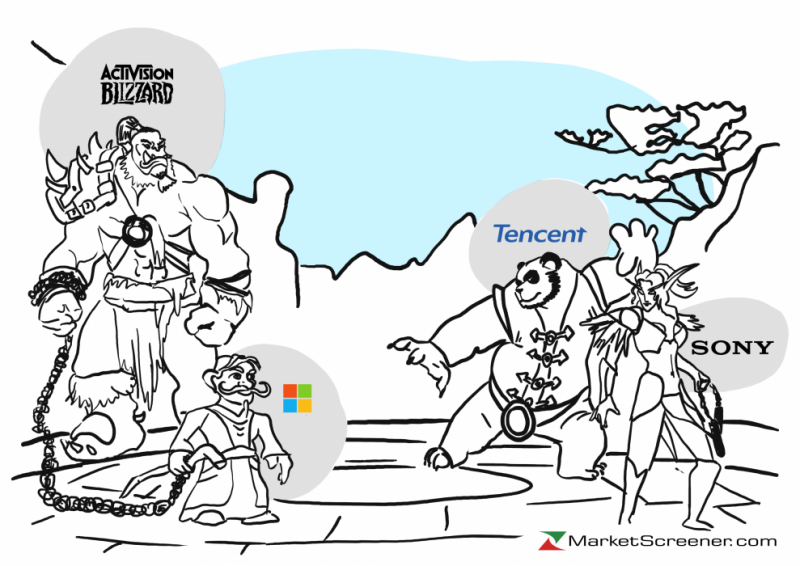 To take the lead in the video game industry and the metaverse, Microsoft has set its sights on Activision Blizzard. It intends to knock out its competitors, but the fight will not be easy against the formidable Chinese Tencent, and the merciless Japanese Sony. The American guild, composed of the giant and its new colossus, intends to cross swords with its Asian competitors.

The deal, worth nearly $70 billion, will make Microsoft the third largest gaming company in terms of revenue, behind the dragon Tencent and the Japanese Sony. The ambition is clearly to "own" the two leaders (in other words, "take them down" in geek speak).

Franchises such as World of Warcraft, Diablo, Overwatch, Call of Duty and Candy Crush are now in the hands of the American giant, should the deal be validated by competition authorities. This has the effect of adding a lot of value to Game Pass, Microsoft's video game subscription business, and its 25 million users. One could even say that with 400 million monthly active players in 190 countries, Activision Blizzard will take Xbox to new heights.

In the background, we can clearly imagine that the acquisition is strategic in the wake of the development of the metaverse. A term so fashionable lately, especially after the rebranding of Facebook as Meta. After announcing two months ago that it was going to develop virtual environments and avatars in 3D environments through its collaborative work application Teams, it's a safe bet that Microsoft will intertwine its metaverse solutions with its gaming business. We can already imagine ourselves facing our opponents: orcs, trolls, tauren, blood elf, goblins and other monstrosities with our augmented reality headset!