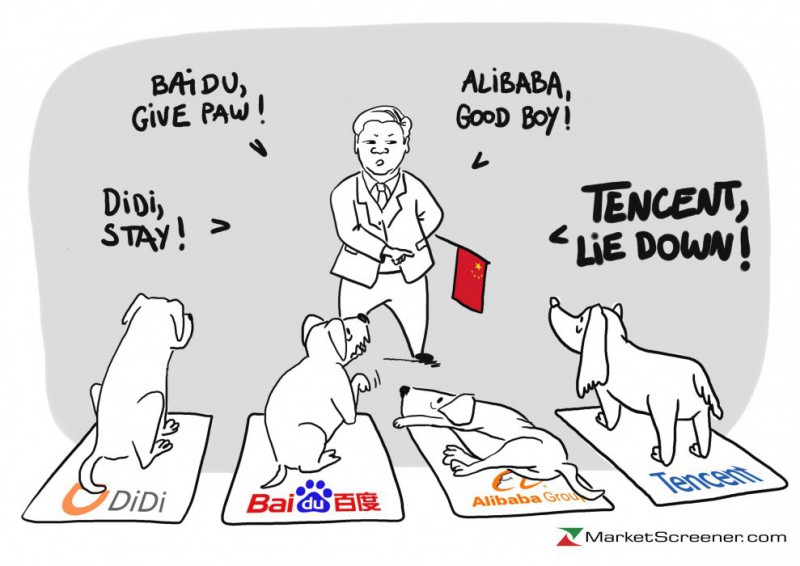 The CCP's (Chinese Communist Party) obsession with control continues to weaken China's tech champions. Last week, Tencent was the target of Chinese regulators: the group was forbidden to conclude exclusive agreements on music copyrights via its subsidiary Tencent Music Entertainment.

The local government's relentlessness made many foreign investors take their capital out of Shanghai, Shenzhen and especially Hong Kong stock markets. The Hang Seng has fallen sharply last week: -9% in two days, and all Chinese stocks are down.

After the digital sector, the government is now attacking the education sector (Tal Education Group) by prohibiting them from raising funds abroad. The companies must be registered as non-profit organizations and they can no longer give courses similar to those taught in schools. Beijing called for greater co-operation with Washington yesterday, highlighting the country’s efforts to improve transparency. So, what's next for Beijing?