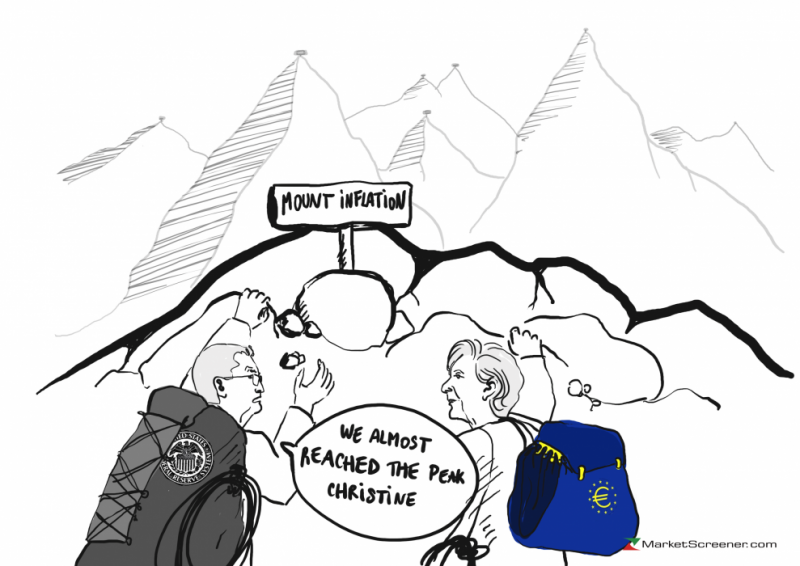 Remember when Jerome Powell talked about transitory inflation last year? Well, it seems that we are still in the transitional period. In the U.S., inflation still shows no signs of slowing down and even accelerated in June. Will we soon reach the peak?

Transitory, temporary, ephemeral, provisional... These synonyms characterize an event of short duration. But compared to what? A day is a short duration compared to a year. And a year compared to a century. These words have been used many times to describe the period of high inflation we are going through.

A little less than a year ago, on October 16, 2021, ECB President Christine Lagarde declared that "inflation is largely transitory", while the euro zone was experiencing a 3.4% price increase.

It is July 2022 and last week the US Department of Labor announced that consumer price inflation in the US had accelerated last month to a record high last month to a more than 40-year high, driven by high prices at the pump and in food.

U.S. inflation reached 9.1% in June, and 8.6% for the euro zone. Transitory? To be honest, the economists of major central banks certainly did not include the possibility of a Russian invasion of Ukraine, thus making oil and gas supplies scarce and jeopardizing the world's supply of basic food resources.

So it's all a question of scale. Our friends at the helm of central banks could really use some perspective to climb the inflation ladder. See you at the next summit!