Snap gets eaten by the market 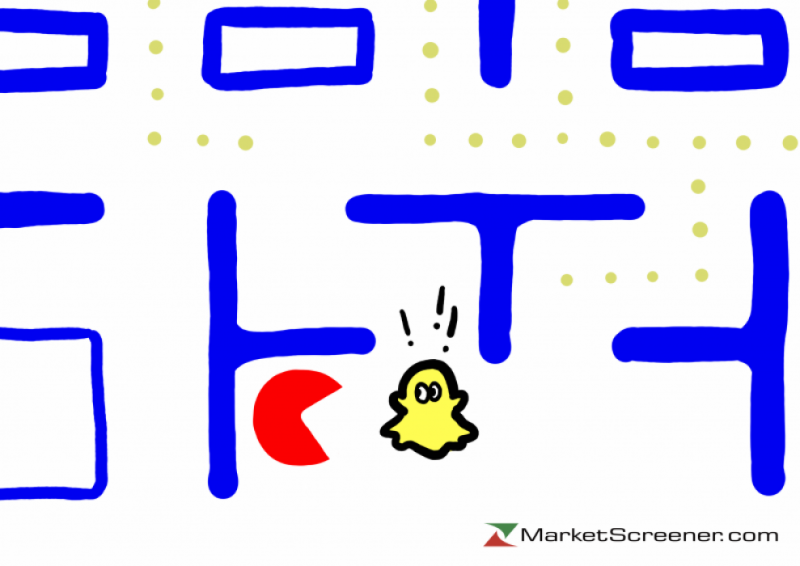 It's not a good idea to disappoint investors during earnings releases, especially when you're a big American company closely linked to tech. Netflix was one of them, earlier in April, when it announced a drop in its number of subscribers. Result: -35% in one day and finally more than 70% lost since the historical high. Snapchat did even worse, with -43% in one day after publishing results below its targets.

Being an innovative social networking company is no small feat, with most of the valuation based on hopes of perpetual growth in advertising revenues. Except, when those revenues stagnate or worse, decline, the penalty is not long in coming. Snap, which has only been profitable for one quarter in over 10 years, saw its share price fall 43% on Tuesday, May 24, after missing its revenue and profit targets due to an unfavorable market climate. "The macroeconomic environment has deteriorated further and faster than expected," said its director and founder, Evan Spiegel. "As a result, we believe it is likely that we will report revenue and adjusted EBITDA below the lower end of our guidance range for the second quarter of 2022."

The ephemeral photo-sharing social network's fall dragged everyone else down with it. Pinterest lost nearly 24% after the announcement, Meta and Alphabet dropped 7.6% and 5%. Other players in similar and neighboring sectors are now under pressure, with every misstep harshly punished by the ruthless investors. It remains to be seen whether, like the photos shared on the network, this drop in advertising revenue will be only ephemeral, or fatal.