Japanese real estate funds and developers focusing on the retail sector are leading a stock market rally as investors bet the cheaply valued sector will outperform as consumer spending recovers from the coronavirus pandemic.

The gradual opening up of the Japanese economy from lockdowns has seen the stock market rise nearly 9% since August. Foreign buying of properties such as shopping complexes and mixed developments with shopping and restaurants has also picked up, helping to drive the recovery.

"If you look at the properties in our portfolio that rely on Japanese customers, retail sales have bounced back by 90% to 120% year-on-year from June," said Keita Araki, head of the retail division at Mitsubishi Corp-UBS Realty Inc, which manages the Japan Retail Fund Investment Corp REIT.

Araki's REIT bought a four-story property in a popular shopping district in the southern Japanese city of Fukuoka last month for 5 billion yen ($47.7 million), and he is open to further acquisitions.

The price of his retail REIT has rallied 65% above its low in March but is still 32% below pre-coronavirus levels.

An added factor supporting Japanese REITs and property shares is their cheapness. Major developers trade at an average 0.87 price-to-book-value, which measures the share price relative to the firms' net assets, Refinitiv data shows.

The TOPIX real estate sub-index <.IRLTY.T> is up 13% since August, outperforming the broader market. 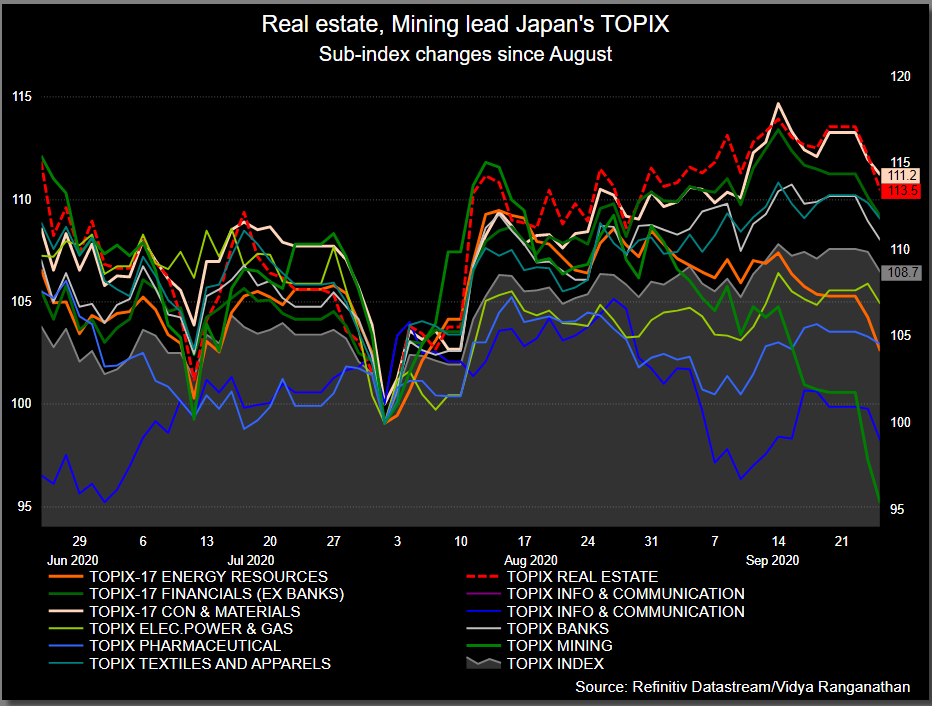 Such low valuations and the possibility of a swift rebound in travel as Japan reopens -- boosting spending in shops and restaurants -- suggest property developers are poised to gain, said Ken Peng, head of Asia investment Strategy at Citi Private Bank in Hong Kong.

Growth in earnings-per-share for Japanese developers could double in the second or third quarter of next year as global travel resumes, which is not currently reflected in their share prices, Peng said. 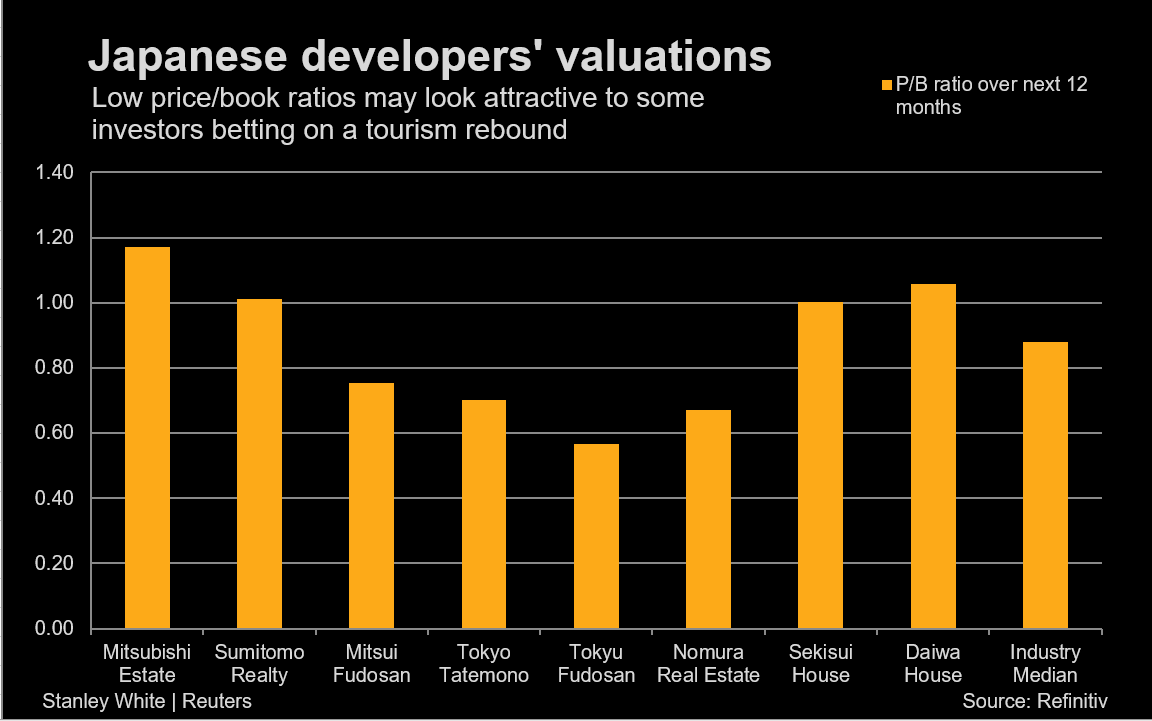 Japan's real estate sector currently trades at 13.1 times forward earnings, which is more expensive than Hong Kong but cheaper than Australia and Singapore, according to Refinitiv.

A fully-fledged resumption of international travel will take some time, but many analysts and investors say tourists will return eventually as the world progresses toward a vaccine. 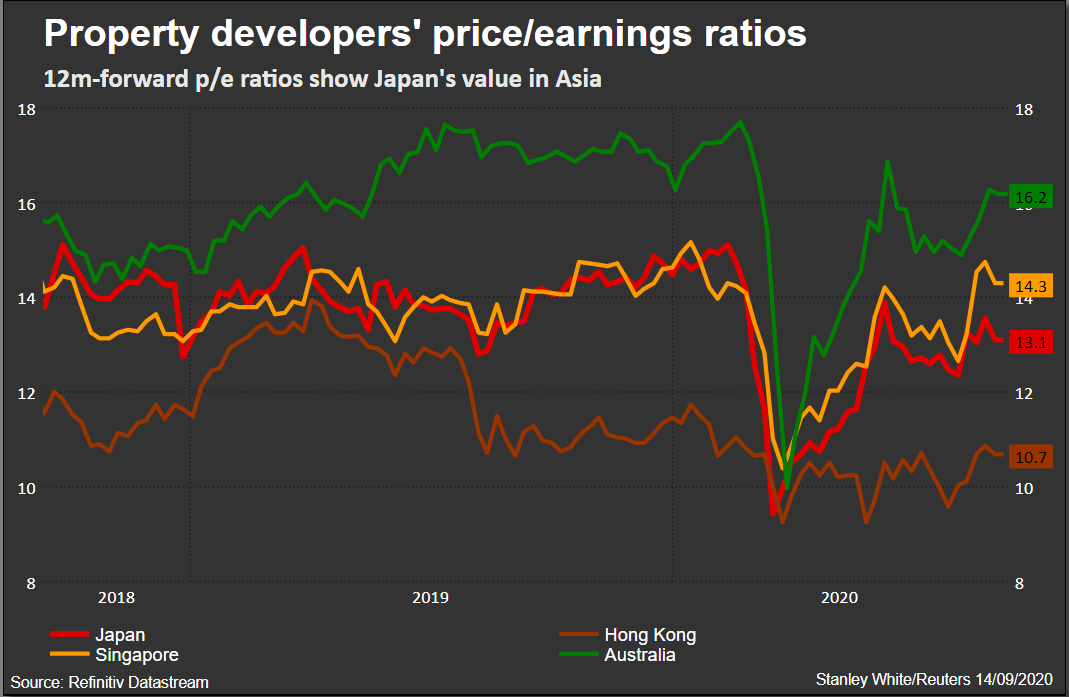 Japan's property sector is cyclical and tends to outperform in the latter stages of a global recovery, said Shern-Ling Koh, portfolio manager at Principal Real Estate Investors in Singapore, while warning the companies' over-exposure to the office space is a risk.