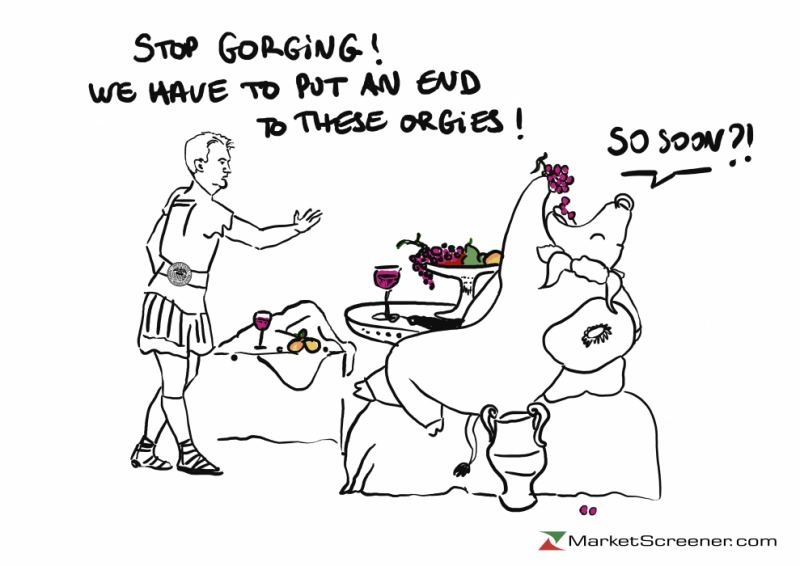 Faced with soaring inflation (+6.8% year-on-year), wiping out the purchasing power of Americans in the process, the Fed has already decided to steps things up a notch. A little more than a month after announcing a reduction of its asset purchase program, Jerome Powell announced that three rate hikes would take place in 2022.

The aim is to raise key rates to around 0.9% by the end of next year. But the adjustments will also continue in 2023, with a target of 1.6%, then another 0.5% in 2024, in order to gradually reach 2.5% in the long term. The reason for this adjustment is due, according to Fed members, to a faster than expected normalization of the economy. A scenario that holds water if we refer to the US employment figures of the last few weeks.

Inflation, which has long been described as temporary, seems to be a more likely reason. By reaching record levels since 1982, Joe Biden is even beginning to worry about it for the smooth running of his mandate. This hypothesis was half-heartedly validated by Powell, who declared yesterday that the rise in prices was indeed "more important and more durable than anticipated". A mea-culpa reviving fears of an inflation-wage spiral. Even though for the time being, and this pleases Jeff Bezos & Co. in passing, the rise in wages (+4.8% over one year) seems to be keeping this scenario at bay.

Regarding asset purchases, Jerome Powell announced the end of the orgy. The Fed chairman said yesterday that liquidity injections would end in March. This indicates an acceleration of liquidity cuts from $15 billion to $30 billion per month. However, these strong measures do not seem to worry markets. Today the Nasdaq is down 2% while the S&P 500 is stagnating and remaining almost neutral. It would seem that Powell even pleases the markets when he strengthens the tone ... But if everything seems perfect in the best of worlds, the Fed chairman has however been careful not to be too optimistic, especially because of uncertainties related to the spread of the variant omicron.