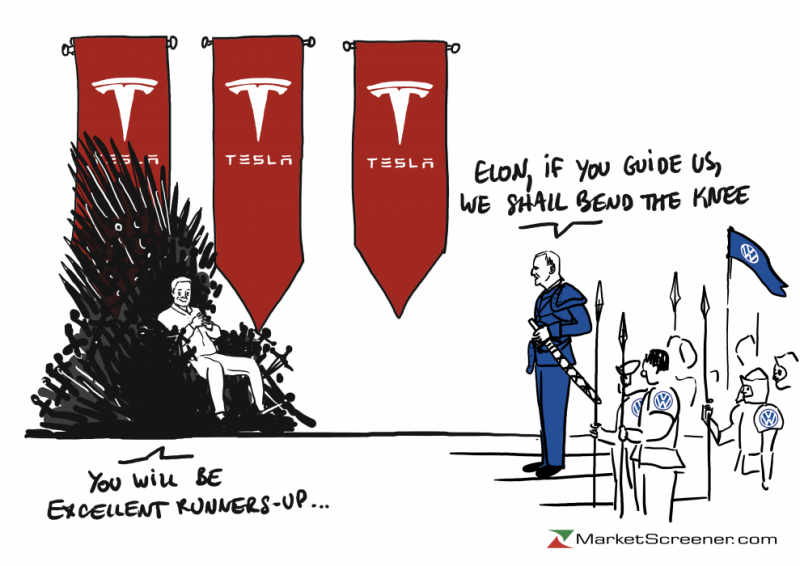 Asking Elon Musk to speak at a meeting of Volkswagen executives is a bit like Doug McMillon calling Jeff Bezos to come and galvanise executives by explaining why Amazon is dominating Walmart online. But that's what happened last week. Herbert Diess invited Elon Musk to interact remotely, which the Tesla boss agreed to do.

The surprise guest explained to the somewhat stunned Volkswagen managers that he believed in their company, especially since Musk spared no effort in praising the German group, which he presented as his number one rival. Diess went so far as to write on the Linkedin network "I'm glad to hear that even our strongest competitor thinks we'll make the transition if we drive the transformation to full power". When it comes to submission, it doesn't get much better than this. The King-Elon on his iron throne facing the vassal Herbert who has come to bend the knee. This double-edged strategy is designed to make it clear that Volkswagen needs faster decisions and less bureaucracy to compete, according to the VW boss, who is planning to visit Elon Musk in Gruenheide, named after the Tesla factory that is to be built near Berlin. But after all, maybe Diess prefers the myth of the Trojan Horse to George R.R. Martin's Song of Ice and Fire.