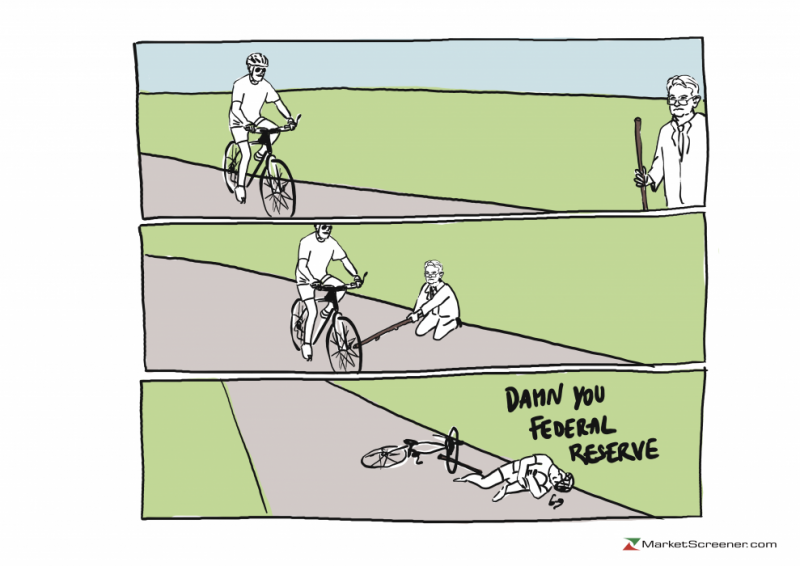 You probably have seen the video. US president Joe Biden fell off his bike last Saturday, after getting his foot stuck in his pedal, while stopping in front of journalists. This fall triggered a reaction from many of his detractors, from Trump supporters to Tour de France cyclists. Has someone triggered the fall?

The infamous fall has dealt an additional blow to Joe Biden's image, as he keeps losing popularity. Mostly mocked for his age, and sometimes for his political decisions (always attributed to his age), the American president, must face a rather tense political and economic climate. Between the war in Ukraine, tensions between China and Taiwan, as well as a difficult economic climate, President Biden has a lot on his plate.

Can’t believe we hit that ✅ pic.twitter.com/4CqqQp8Vfg

With the midterm elections approaching, the fall of the American president risks discrediting him and his party even further. Biden, in office since January 2021, inherited a country that was trying to recover from the COVID crisis, thanks in particular to historically low interest rates and massive asset purchases by the Federal Reserve and other central banks.

Unfortunately, these massive injections of liquidity into the economy have contributed to the emergence of intense and persistent inflation, which undermined economic activity around the world. To stem the tide, central banks have reversed course and are now phasing out quantitative easing, accompanied by higher interest rates. And as bad news never comes alone, this economic tightening now poses the threat of a generalized recession, which is increasingly likely according to the major US banks.

In the end, could it be Jerome Powell who is responsible for Joe Biden's fall from grace, both in terms of cycling and popularity? The question deserves to be asked.