By Avantika Chilkoti and Gunjan Banerji

U.S. stocks drifted higher Friday as investors' concerns about a sharp rise in coronavirus cases from earlier in the week faded.

Investors grew concerned this week about when the coronavirus outbreak might peak after Chinese authorities changed the criteria for diagnosis, leading to a dramatic increase in the number of new cases.

But stocks in the U.S. and in Europe have largely continued rallying on faith that central banks and governments will take steps to shield the global economy from the impact of the outbreak. All three major indexes are on track for gains this week.

Expedia Group gained more than 11% after the online travel company projected cost savings and growth in a measure of profit for this year.

Meanwhile, some of the jitters that were on display earlier in the week were more apparent in the market for government bonds.

The yield on the 10-year Treasury note fell to 1.585%, according to Tradeweb, from 1.616% Thursday as fresh data released Friday showed that U.S. retail sales increased 0.3% in January from the month prior, in line with expectations. Though the report showed that spending is on steady footing, spending was uneven across the board. Clothing and gasoline sales dropped while U.S. auto sales increased.

There were signs of fresh tensions between Washington and Beijing that emerged overnight after the U.S. charged Chinese telecommunications giant Huawei and two of its U.S. units with racketeering conspiracy and conspiracy to steal trade secrets. Tensions between the two nations had roiled markets for large parts of last year, and eased only briefly after they sealed an initial trade accord that failed to address a number of crucial issues. 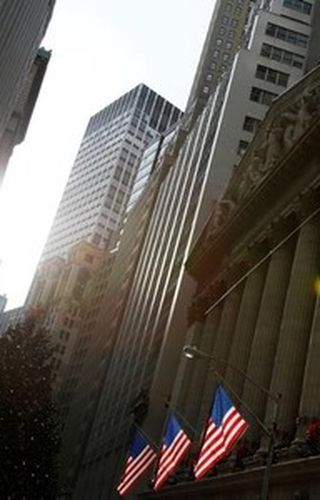