The first earnings season of 2020 starts

This is the start of the earnings season with big banks posting their results today. The Renault Nissan saga continues with executives working to put out the fire started by the Financial Times. Visa breaks its piggy bank for Plaid and Amazon continues its cloud war with Microsoft.

Mixed results for banks. JPMorgan Chase was up by 2% after posting a 21% increase in its quarterly profit, thanks in particular to the growth of its market activities. Citigroup gained 1%, after reporting a 15% increase in quarterly earnings thanks to higher credit card and trading revenues. However, Wells Fargo dropped 2% after announcing quarterly earnings down 55%, penalized by a low interest rate environment and its difficulties in rebounding after a series of scandals related to its business practices.

Boeing can count on Ryanair. Ryanair's marketing director said that the company could take delivery of the 10 first Boeing 737 MAX on hold in March or April, while acknowledging that the timing depended on industry authorities.

Rumor has it. Jean-Dominique Senard reaffirmed the strength of the Renault Nissan Mitsubishi alliance in French newspaper L'Echo, after rumors spread by the Financial Times that Nissan is considering a separation plan. For its part, the Japanese carmaker has assured that it has no intention at all of bringing the alliance to an end. "The Alliance is the source of Nissan's competitiveness," the group wrote in a statement. Renault and Nissan shares were severely shaken yesterday after the rumor.

Staff cuts in sight at Opel. Opel is reportedly seeking to cut up to 4,100 jobs by 2029, Bloomberg reports. It could cut 2,100 jobs by 2025 and the rest gradually thereafter. The announcement should be made official today.

Cloud wars. Tensons rise between Amazon.com and Microsoft on the giant $10 billon cloud contract of the Pentagon: the first asks the American justice to block the execution of the bid won by the second. Amazon accuses Donald Trump of interfering in the process. We know the animosity of the tenant of the White House for Jeff Bezos.

Visa acquires Plaid. Visa has reached an agreement to buy the financial technology company Plaid for $5.3 billion. This company offers a tool for sharing bank details between several websites, which will allow the acquirer to expand its offer and compete with players such as PayPal.

Albertsons on the stock market? The American food retailer Albertsons is once again considering an IPO, based on a valuation that could reach $19 billion, according to corroborating information. The final decision should be made in the coming weeks. Albertsons generated sales of $61 billion in its last fiscal year.

In other news. Roche has signed a 15-year non-exclusive partnership with Illumina to access next-generation sequencing tests in oncology. Daré Bioscience is up 79% after an agreement with Bayer. AXA Equitable Holdings will abandon the term AXA in its name. Wesco will buy Anixter International for 3.83 billion$, after CD&R has thrown in the towel. Lululemon gained 4.4% yesterday on Wall Street after raising its forecast. Luke Skywalker (Mark Hamill) closed his Facebook account to protest against the US giant's policy on election advertising, but the social network is expected to recover. 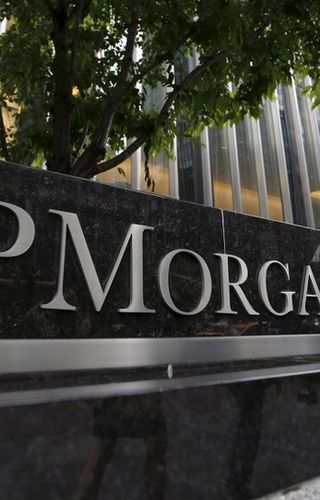