A component of the category of minor metals, cobalt is actually only minor in its designation because of its extremely diverse uses in the metallurgical (superalloys, magnets, special steels) and chemical (battery chemicals, catalysts, pigments) fields. Its importance also remains vital in certain industries, such as the production of Li-ion batteries necessary for the development of new-generation vehicles. In addition, there are major geopolitical risks associated with the location of production and refining activities, making cobalt one of the most strategic metals in the world.

Cobalt in the most efficient batteries

While speculation clearly overshadowed market fundamentals in 2016 and 2017, through an unreasonable 220% surge in cobalt prices over this period, metal prices have since fallen to their 2016 level (close to USD 30,000 per metric ton), victims of a hostile economic environment, which has been exacerbated by the rise in trade disputes. In this sense, trading operators, just like speculators in the financial sphere, must operate in the same environment, that of a market that has turned its back on a long-termist view of cobalt, which paradoxically still enjoys favorable prospects.

In order to substantiate this assertion, it is necessary to look again at the uses of cobalt, more particularly in the manufacture of Li-ion batteries. Li-ion batteries generally operate on the basis of electrons moving from the cathode to the anode, creating an electric current to power a device or motor. State of the art in the electric battery industry, cobalt remains difficult to substitute since its replacement is at the expense of the performance of batteries in terms of weight and autonomy.

Without going into too many technical details, cobalt is assimilated in the production of Li-ion battery cathodes, the most efficient category of batteries compared to lead or nickel-based batteries. Within this Li-ion category, six types of batteries are produced on an industrial scale, three of which incorporate cobalt in their cathode and not surprisingly, these three batteries (listed below) remain the most efficient for storing energy.

Put simply, the use of cobalt provides the highest performance, measured in watt-hours per kilogram (Wh/kg). These are therefore preferred for use in electric vehicles and, more generally, remain vital in all aspects of electro-mobility. As proof of this, more than half of the world's cobalt production is consumed in the production of rechargeable batteries, which are used in electric vehicles, electronic devices, energy storage systems and many other applications.

Lithium batteries with cobalt cathodes (NCA, LCO and NMC) perform better in terms of mass density than other lithium batteries (LTO, LFP, LMO) and those based on nickel (NiCd and NiMH) and lead (Lead Acid).

To go further: Cobalt makes up 60% of the mass of LCO (lithium, cobalt oxide) batteries, which are generally used in small electronic devices (smartphones, computers). It makes up 20% of the mass of NMC batteries (lithium, nickel manganese oxide, cobalt) which equip certain electric cars such as the Tesla Model 3. Finally, cobalt makes up less than 10% of NCA (lithium oxide, nickel, cobalt, aluminum) batteries, which benefit from the highest standards in terms of energy density and equip certain vehicle models such as the Tesla Model S.

As noted above, the rechargeable battery market remains the largest consumer sector for cobalt, accounting for approximately 40% of global cobalt production (approximately 60,000 tons in 2018, compared to 45,000 tons in 2017). Although there are other application areas with varying growth rates, such as aerospace and energy super alloys and permanent magnets, it is the demand for batteries that could affect the availability of the precious cobalt. These issues are driving engineers and industrialists to study new types of batteries, whose components could replace cobalt, or at least reduce the quantity per battery, all without losing performance. In this context, more or less promising prototypes are emerging, such as IBM's heavy metal-free batteries and the cobalt-free battery from the Chinese company SVOLT, a subsidiary of the manufacturer Great Wall. While these attempts at substitution represent a risk to the growth of the cobalt industry, we must bear in mind that the road from the laboratory to large-scale production remains long and full of pitfalls.

Several research consultancies suggest that 70,000 tons of cobalt (50% of 2018 production) would be needed to meet the growing needs of Li-ion batteries by 2021. A number which would rise to 92,000 by 2025. On this basis, price pressures are not to be ruled out, especially as cobalt supply and reserves remain extremely concentrated geographically.

In terms of supply, world mine production of cobalt is estimated at 140,000 tons for the year 2018, according to the United States Geological Survey (USGS). Cobalt production is specific in that it is a by-product of copper and nickel deposits. To give an order of magnitude, it is estimated that 65% of supply comes from copper mining, while nickel accounts for nearly 30%.

The Democratic Republic of Congo (DRC) is by far the largest player in the market. The fourth most populous country in Africa effectively supplies, via its copper deposits, nearly 60% of the world's cobalt production and is home to no less than half of the world's known reserves. Nevertheless, while the DRC has a virtual monopoly on primary cobalt production, it is China that dominates the upstream part of the chain, with cobalt refining as its anchor. China thus represents more than half of the refined cobalt production, a paradoxical situation considering that China is only the twelfth producer country.

The risks on the supply side are therefore twofold. On the one hand, the stakes are essentially centered in the DRC, whose commodities trade is confronted with the political instability of one of the poorest countries in the world but also with the overhaul of its controversial mining code. On the other hand, China's what could be described as total control over the sector remains an additional factor of uncertainty regarding supplies of refined cobalt. This risk is all the more obvious today, at a time when the United States remains strongly opposed to China on trade issues.

The connection between producers and end-users is thus made through long-term supply contracts and cooperation agreements that allow better management of the risks of price and availability of the raw material within the industry. The world's largest cobalt producer, Glencore, is linked to various players through supply contracts such as the Chinese multinational GEM, the Belgian group Umicore and the Korean battery producer SK Innovation.  The Zug-based giant is also reportedly negotiating with Tesla to provide it with the necessary inputs for its new plant in Shanghai.

The fall in cobalt prices that began in 2018 has obviously impacted the activity of the world's main producers. Glencore, which is seeking long-term partnerships, has also streamlined its production, as evidenced by the shutdown of the Mutanda mine.

Cost control also remains a priority for the main Chinese companies, which are constantly strengthening their presence in the DRC. Mining companies such as China Molybdenum, Zhejiang Huayou Cobalt and the Jinchuan Group are tending to integrate with refiners and battery manufacturers through partnerships and even vertical integration. A strategy that could pay off in the long term.

In this context, the share prices of the main cobalt producers stabilized at the end of 2019, after a particularly difficult year in 2018. The market thus seems to give credit to the strategies implemented by the main stakeholders.

In conclusion, it would be premature to announce the "end of cobalt" due to the significant decline in cobalt prices over the past two years. This metal remains essential to the development of new technologies and the industry is structuring itself to better exploit it. Like rare earths and lithium, cobalt will remain at the heart of global economic issues. This is why, in addition to being one of MarketScreener's convictions in 2020, we have set up a themed investment list targeting companies which occupy an important place in strategic sectors (cobalt, lithium, rare earths, tin...). 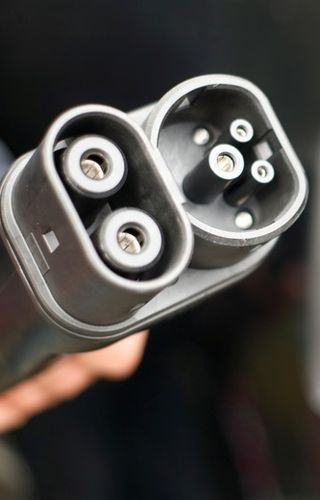