U.S. President Donald Trump and Chinese Vice Premier Liu He signed a Phase 1 deal that will roll back some tariffs and see China boost purchases of U.S. goods and services, defusing a prolonged conflict between the world's two largest economies.

Liu said in remarks at the White House that the United States and China need to step up cooperation, and that the deal benefits both countries and the world. The deal capped an 18-month dispute that had roiled markets.

The centerpiece of the deal is a pledge by China to purchase at least an additional $200 billion worth of U.S. farm products and other goods and services over two years, over a baseline of $186 billion in purchases in 2017.

MSCI's all-world stock index and the three major indexes on Wall Street set record intraday highs. The MSCI benchmark, along with the Dow and S&P 500, also posted record closing highs, while the Dow closed above the 29,000 mark for the first time.

The deal is unlikely to significantly change the growth outlook, but it should allow companies to make the capital investments they have not, which is positive, said Marvin Loh, senior global macro strategist at State Street Global Markets.

"What's most important to investors is a potential de-escalation and signs that de-escalation will continue this year, which is the outlook period for a lot of investors," he said.

"If we can somehow take this out as one of the bigger risks that we had all last year, it does give some confidence to the market. Not necessarily from an economic but from a risk parameter perspective," Loh said.

MSCI's gauge of stocks across the globe gained 0.07%. Earlier in Europe, the pan-regional STOXX 600 index closed up 0.1% while MSCI's broadest measure of Asia-Pacific markets outside Japan closed down 0.35%. Japan's Nikkei lost 0.45%.

Oil prices slipped on concerns the trade agreement may not provide much of a demand boost because the United States intends to keep tariffs on Chinese goods until a Phase 2 deal is reached.

Prices were also under pressure from a report by the Organization of Petroleum Exporting Countries. OPEC expects lower demand for its oil in 2020 even as global demand rises, as rival producers grab market share and the United States looks set for another output record.

The dollar pared losses but remained lower against the euro and the yen after the signing of a trade deal that may prove a mild negative for the greenback as it removes uncertainty.

A rise in the cost of goods was offset by weakness in services, the latest indication of tame inflation pressures that could allow the Federal Reserve to stand pat on interest rates this year.

In Europe, investors flocked to new fund raisings by Italy and Belgium a day after Spain saw record demand. 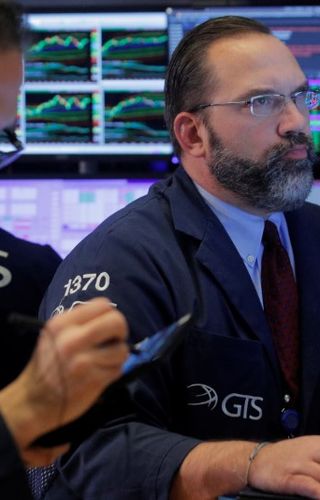