Most Southeast Asian stock markets settled lower on Wednesday, with Philippines declining the most in a month, as comments from a top U.S. official that tariffs on Chinese goods would remain in place for now tempered optimism about an interim trade deal.

U.S. Treasury Secretary Steven Mnuchin said on Tuesday that Washington would maintain tariffs on Chinese goods until the completion of a second phase trade agreement.

His comments came a day before the signing of the Phase 1 agreement that aims to increase Chinese purchases of U.S. manufactured products, agricultural goods, energy and services, and also draw a line under the 18-month-long tit-for-tat tariff spat that has roiled global markets.

U.S. President Donald Trump and Chinese Vice Premier Liu He are slated to sign the accord in Washington later in the day.

Meanwhile, the region's largest trading partner, China, likely grew at its weakest pace in nearly 30 years in the fourth quarter, a Reuters poll showed. The data will be released on Friday.

Among Southeast Asian markets, Philippine shares fell 1.7% as a volcano near the capital city Manila continued to spew ash and steam, dampening sentiment.

Investors are uncertain regarding the Taal volcano eruption and its impact on the gross domestic product, since there is no exact prediction as to when the volcano might erupt, Rachelle Cruz, analyst at AP Securities, said.

Losses in blue chips dragged down the index, with SM Investments Corp and Ayala Land losing 1.6% each.

Indonesian shares snapped a four-session winning streak, with financial and communication firms losing the most.

Indonesia's trade deficit narrowed in December, following its largest trade gap in seven months in the prior month, data showed.

Malaysian equities reversed course in the last half an hour of trading to settle 0.3% higher. 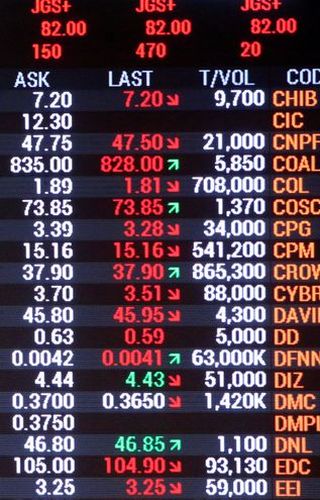