Key world equity indexes scaled new highs on Friday, boosted by a surge in U.S. housing starts to levels last seen in 2006, while the greenback rose to a one-week high against the euro on expectations of solid economic growth.

U.S. housing starts jumped 16.9% to a seasonally adjusted annual rate of 1.608 million units in December, a 13-year high that suggested the industry has recovered and can now help further the longest U.S. economic expansion.

MSCI's gauge of stocks across the globe <.MIWD00000PUS> gained 0.41% to a record close. It was the benchmark index's fifth straight day of new highs, and the biggest weekly percentage gain since September.

The resurgent U.S. economy, backed by an accommodative Federal Reserve, is bringing investors off the sidelines back into the market, said Brent Schutte, chief investment strategist at Northwestern Mutual Wealth Management Co in Milwaukee. An improving economy also is reducing the fear of being the last person to invest before a recession, he said.

"Those people are now coming back into the market because recession fears are diminishing," he said. "When you look out there and you have a 10-year Treasury at 1.8% and you have the economy turning around, where are you going to put your money?"

The S&P/TSX composite index in Canada closed at a new high, while emerging market stocks rose 0.54%.

China stocks rose as investors cheered further signs of resilience in the Chinese economy and the signing of the China-U.S. trade deal.

China's economy grew 6% in the fourth quarter, which reinforced signs of improving business confidence, though anemic domestic demand and the trade war slowed the growth rate to 6.1% in 2019, the slowest in 29 years.

Longer-term yields may have risen because of Thursday's announcement the U.S. Treasury will begin issuing a new 20-year bond in coming months as it seeks to plug budget deficits expected to top $1 trillion annually. 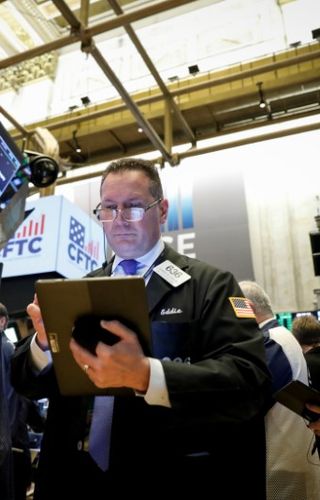