Oil prices rose over 1% on Friday, posting their first weekly gain since early January as investors bet the economic impact of the coronavirus would be short-lived and hoped for further Chinese central bank stimulus to tackle any slowdown.

"The massive liquidation process that drove prices sharply lower last month has likely been completed and is being replaced by accumulation as well as short-covering from speculators who have recently entered the market," Jim Ritterbusch, president of Ritterbusch and Associates, said in a note.

Brent has fallen around 15% year to date in part due to worries the coronavirus outbreak would stunt the global economy. More than 1,380 people have died from the virus in China.

However, market sentiment improved as factories in China started to reopen and the government eased monetary policy in the world's second largest economy.

The World Health Organization said the jump in China's reported cases did not necessarily mean a wider epidemic but reflected a decision to reclassify a backlog of suspected cases.

"Our baseline thesis remains that oil demand destruction remains largely a China story and has yet to spill over to impact global demand," said Helima Croft, head of commodity strategy at Citadel Magnus.

The International Energy Agency (IEA) said the outbreak should knock first-quarter oil demand down from a year earlier for the first time since the financial crisis in 2009. 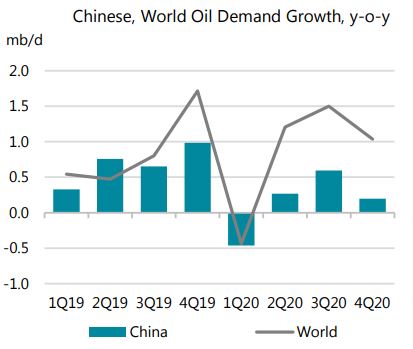 In response to the demand slump, the Organization of the Petroleum Exporting Countries and allied producers, known as OPEC+, are considering deepening production cuts.

The Kremlin said it has not yet reached a decision on further output curbs. But industry sources said a growing oil glut in Russia and the promise of a flood of dollars from the sale of a leading bank are strengthening the case.

UBS investment bank said in a note that commodity demand concerns were likely to linger and "the asset class should display a fair bit of volatility in the coming weeks."

"We assume China's economic activity as well as commodity demand will recover" from the second quarter, it said. 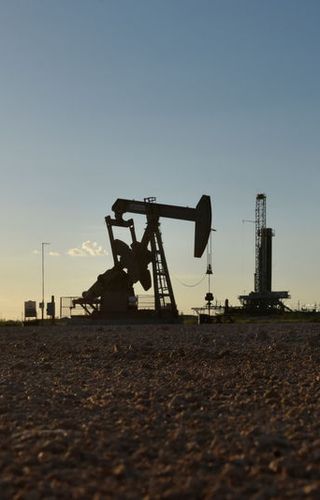