Oil prices were slightly down in seesaw trade on Wednesday, pressured early by data showing big increases in U.S. refined products but lifted later by the signing of a Phase 1 trade deal between Washington and Beijing.

Under the Phase 1 trade agreement, China will buy $18.5 billion more in U.S. energy products in the first year and $33.9 billion in the second.

However, commodity traders and analysts have been struggling to map out how China will reach the eye-popping amounts it is committing to buy from the United States.

Trump said he would remove all U.S. tariffs on Chinese imports as soon as the two countries completed Phase 2 of their trade agreement, adding he does not expect there to be a Phase 3 pact.

Phil Flynn, an analyst at Price Futures Group in Chicago, said prices pared early losses on "optimism surrounding the U.S.-China trade deal and expectations that oil demand is going to continue to be solid."

Earlier, oil prices fell to their lowest in over a month after the U.S. government reported a big increases in gasoline and distillates inventories and record crude output.

U.S. gasoline stockpiles last week rose to their highest since February, while distillate inventories jumped to their most since September 2017, according to the U.S. Energy Information Administration (EIA).

"I think they were able to look past the build in gasoline and distillates, realizing that it will probably work itself out in the next couple of weeks," Flynn said.

The EIA report also showed crude production for the week ended Jan. 10 rose to 13 million barrels per day (bpd) and a much-bigger-than-expected draw in crude inventories.

Both oil benchmarks were also hit by a report from the Organization of the Petroleum Exporting Countries that said the producer group expected lower demand for its oil in 2020 even as global demand rises, as rival producers grab market share. Output in the United States was expected to touch another record in 2020.

OPEC and some non-OPEC allies such as Russia have been curbing production to prevent an oil glut and support oil prices above $60 per barrel. Their current deal expires in March. 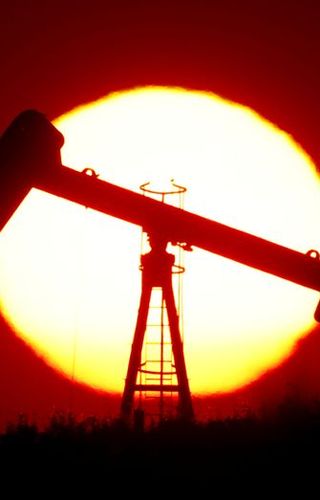