The cost of swapping yen into dollars remains elevated in part due to signs that large Japanese government pension funds are planning to increase purchases of overseas bonds as they rebalance their portfolios.

Japan's Government Pension Investment Fund (GPIF), the world's largest pension fund, will allow investing up to 31% in foreign bonds, two sources familiar with the matter said on Thursday. That would be more than double the current allocation of 15%.

GPIF, which managed 169 trillion yen ($1.52 trillion) as of the end of December, has shifted from unprofitable domestic bonds into foreign assets, a move that other pension funds may mimic for better returns.

The cost to swap three-month yen into dollars <JPYCBS3M=> blew out to 139 basis points (bps) over interbank rates this month as stress in the dollar funding market caused by the coronavirus pandemic lead to a shortage of dollars.

The U.S. Federal Reserve has taken unprecedented steps, including offering cheaper swap lines through other central banks, to improve dollar liquidity, which has caused swap spreads for most currencies to narrow. Yen swap spreads have narrowed to around 60 bps but still remain well above average.

Traders said the flow of dollar loans into brokerages and institutions was still a trickle. At the Bank of Japan's now daily auctions of dollar swaps since last week, only about $163 billion has been taken as of Thursday.

"This month there was a lot of speculation about Japanese pensions putting more money into overseas bonds, and you can say this had some impact on swap rates," said Takuya Kanada, general manager of the research department at Gaitame.com Research Institute in Tokyo.

"Once we get into the new fiscal year, dollar-demand will decline for some Japanese investors, and swap rates should slowly improve."

Japan's fiscal year ends on March 31, and there could be sudden moves in the spot market and in swaps as some companies jockey for dollars as they prepare to close their books, analysts say.

Once the new fiscal year begins, this last-minute rush for dollars should ease, and the dollar liquidity injections conducted by major central banks should start to narrow yen swap spreads, analysts say.

Investors like GPIF are likely to provide a steady flow of yen selling as they buy non-yen denominated bonds, but other Japanese companies are likely to repatriate funds back into the yen, which would relieve pressure on swap spreads and help the yen rise to as high as 100 per dollar, he said. 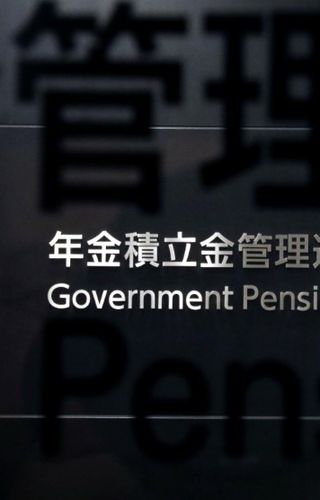