Global stocks edge up with positive chipmaker forecast, oil gains for the week

Global stock markets rose slightly on Friday as investors bet on a lull in proliferation of the coronavirus, while oil prices registered their first weekly gain since early January.

Wall Street climbed late in the session following a CNBC report, citing sources, that the White House was considering a tax incentive for Americans to buy stocks.

"You saw some late programme trading," said Rick Meckler, partner at Cherry Lane Investments in New Vernon, New Jersey. The stock market "has met every attempt to sell it off with more (buying), and the hope of some of the people buying late is that the news on the virus would be muted for the three days, and that with three days' time, there will be just a little less anxiousness about it."

The U.S. market will be closed on Monday for Presidents Day.

A recent Reuters poll showed the world's second-biggest economy will grow at its slowest pace in the current quarter since the financial crisis, but the downturn will be short-lived if the outbreak is contained.

Some investors said they thought the economic impact of the outbreak would not be as deep as feared, with some also noting the spread beyond China has not been as rapid as feared.

"Investors are definitely keeping an eye on how much the coronavirus is spreading and where it spreads to. It still remains the biggest risk going forward," said Robert Pavlik, chief investment strategist and senior portfolio manager at SlateStone Wealth LLC in New York.

Oil prices rose more than1% on the day and posted their first weekly gain since early January amid hopes demand will rebound.

But concerns about growth in the eurozone are expected to keep weighing on the single currency.

U.S. Commerce Department data showed U.S. consumer spending appeared to have slowed further in January, with sales at clothing stores declining by the most since 2009, which could raise concerns about the economy's ability to continue its moderate expansion. 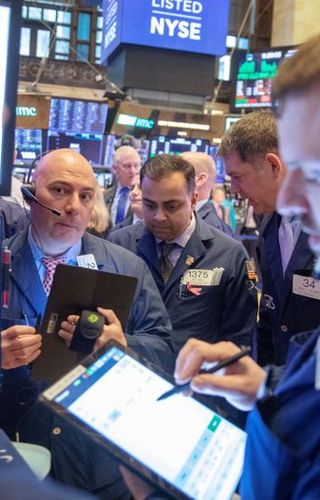