This morning's news is largely dominated by the numerous results of major companies, including Airbus, Alibaba, Nestlé, Credit Suisse and Orange. Tesla is raising cash and there are rumors about Alstom and Bombardier Transportation. Facebook and WhatsApp claim the top two places on the world's social networks.

Overview of results: Alibaba reported better than expected annual results thanks to record "Bachelor's Day" sales and demand for its cloud computing services. However, the group highlighted the "significant" impact of the coronavirus epidemic. At Credit Suisse, after the turmoil surrounding the departure of Tidjane Thiam, the bank is delivering convincing results, up sharply. Pernod Ricard lowered its forecasts because of the coronavirus, but the market does not seem to hold it to account. PepsiCo published better-than-expected top and bottom lines. Airbus also reported a loss after a new €2.1 billion charge on the A400M program and a €3.6 billion charge to settle the corruption case in the United States, the United Kingdom and France. Cisco is doing better than expected but sees a continued decline in its revenues. Altice USA declines post-closing after disappointing figures. Nestlé's net profit exceeds expectations after organic growth of 3.5% in 2019, but the stock is losing ground. ThyssenKrupp's results are at half-mast. Commerzbank's losses are being reduced.

Barclays in trouble. Barclays’ boss, Jes Staley, is under investigation by regulators in connection with the Jeffrey Epstein case.

Tesla wants cash. Tesla announced plans to raise $2 billion in a stock offering. This contradicts Elon Musk, who repeatedly told investors that the company will not need to raise more money. The group’s shares fell as much as 7% in premarket trading, but then went back up. Tesla already raised about $2.3 billion in May to start production in China.

A major merger. The Handelsblatt is convinced that Alstom is going to buy Bombardier Transport for €7bn, after failing to marry Siemens' transport division because of European antitrust. A board of directors meeting was held last night at Alstom, but nothing has filtered through yet. Such an operation would create a new sector champion.

Not yet won! T-Mobile US is reportedly seeking to renegotiate the terms of its acquisition of Sprint, just after receiving the go-ahead to complete the deal, the Financial Times reports. The daily newspaper has learned from a good source that the buyer would like to renegotiate the price downwards, given the deterioration in the performance of its target over the past two years that the merger has been dragging on.

From bad to worse. Nissan may revise its targets for the fiscal year ending March, after a sharp deterioration in its results over the last quarter, according to Yomiuri. A downward revision confirmed subsequently: the operating profit forecast is lowered by 43%.

Two places on the podium. WhatsApp claims 2 billion users, making it the world's second largest social network behind its parent company Facebook (2.5 billion). At the time of its acquisition in 2014, the company had approximately 500 million users.

In other news. The world’s largest mobile event - the Mobile World Congress in Barcelona - is cancelled due to the coronavirus. The Australian regulator has authorized the merger between Vodafone Hutchison Australia and TPG. Tesla recalls 15,000 Model Xs in North America because of an alleged defect in a power steering system component, while Ford Motor recalls 230,000 North American vehicles because of a problem with shock absorbers. Alimentation Couche-Tard submitted an improved offer at AUD 35.25 per share to Caltex Australia. MGM CEO Jim Murren will pass the bid on. 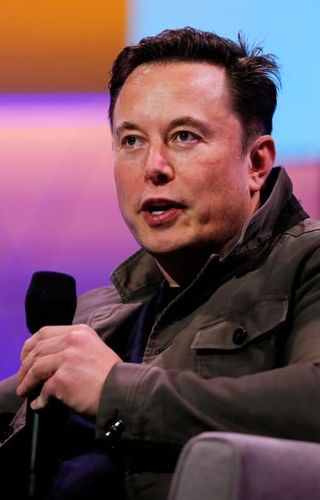