While the volatility of the Euro had recorded record lows on the fringes of the Thanksgiving weekend, the foreign exchange market logically emerged from its torpor to offer more momentum to traders before a particularly eventful week.

In the United States, Jerome Powell's latest comments, considering monetary policy "at the right level", and the strength of the latest economic statistics, confirm that a further reduction in FED interest rates will not be on the agenda in the short term. GDP in the world's leading economy grew by +2.1% in the third quarter according to a second estimate (+1.9% expected) and orders for durable goods rose by +0.6% in October. Over the same period, the US trade deficit declined to its lowest level since May 2018, while Washington created 266,000 additional jobs in November (182,000 expected) thanks to the inclusion of General Motors employees in the figures after a historic strike. The unemployment rate falls to 3.5%, a half-century old record. The only problem is the manufacturing sector, which recorded a fourth consecutive month of contraction in December according to the ISM indicator.

In Europe, Christine Lagarde focuses attention, while some information suggests that the ECB could change its inflation target to 2% (from close to but less than 2% previously) in order to avoid an overreaction near this threshold. It would still be necessary to get closer to it again in the future, even if the inflation rate of the Nineteen rises from +0.7% to +1.0% over one year in November.

In the United Kingdom, the Conservatives have definitely widened the gap in the polls, despite the boulevard they had offered their opponents in a context of deadlock on the Brexit. Jeremy Corbyn's Labour has inappropriately radicalized, promising nationalization and tax increases. Jo Swinson's Liberal Democrats, who are struggling to seduce, have committed the clumsiness of simply wanting to stop the Brexit process without further popular consultation. Boris Johnson should therefore in all likelihood win a majority in Parliament, which is supposed to make it easier for him to get his divorce agreement passed. However, on condition that his own camp does not decide to block his way once he has relocated to Westminster.

On the trade war side, rumors of an impending Sino-American Phase 1 agreement are intensifying, although Donald Trump has assured that the conclusion of an agreement could be postponed beyond the presidential elections scheduled for late 2020 across the Atlantic. According to Larry Kudlow, an agreement is "still close" but the White House's chief economic adviser has not yet expressed an opinion on a potential lifting of the new tariffs scheduled for December 15.

At the same time, the US President has just announced new taxes on imports of steel and aluminum from Argentina and Brazil, in order to combat the devaluation of their respective currencies, the Peso (ARS) and the Real (BRL). Without much success at this stage while Buenos Aires is going through a major economic crisis.

On its way, the real estate tycoon is also threatening France with additional customs barriers on 2.4 billion imported products if Paris does not give up the digital services tax.

In Canada, the central bank announced an expected status quo (1.75%) but surprised by its optimism, stating that growth should accelerate further over the next two years as the global economy begins to stabilize. In the aftermath, the poor labor market figures were particularly noticeable, with the unemployment rate rising to 5.5 to 5.9% in November, reflecting the country's largest monthly loss of maple leaf jobs since the financial crisis (-71200). Canada has distinguished itself from most of the major powers this year, particularly its illustrious neighbor, by not lowering its policy rate. The BoC could eventually readjust its policy in the first half of 2020.

In Australia, the monetary authority did not change the interest rate on money (0.75%) either, opting for a wait-and-see attitude after three successive rate cuts in 2019. However, the RBA stands ready to act again if the consequences of the trade war continue to weaken China, Canberra's main partner. As a result of this decision, most Australian publications missed the consensus, such as third quarter growth October retail sales.

Finally, it should be noted that the Chilean Peso (CLP) is at its lowest historical levels against the backdrop of a serious social crisis, pushing the country's central bank to massive liquidity injections, including a currency sales program until May 2020.

This week, traders will be watching the status quo expected from the Fed on Wednesday and then from the SNB and the ECB on Thursday, with Christiane Lagarde's first press conference as the institution's head. Attention will also be focused on the British elections, the official result of which should be known early Friday morning. On the macro side, Wednesday and Friday will be the unveiling of Uncle Sam's consumer prices and retail sales respectively.

Graphically, rebound sales remain profitable on the EUR/USD pair. Under 1.1261, we still aim for a return to USD 1.0899.

On the other hand, the Pound is taking advantage of the news around Brexit to rise and establish itself with authority above USD 1.30, a level that is now consistent for buying on a downward trend. If the daily closing price exceeds USD 1.3158, we will consider an acceleration to USD 1.33 and then USD 1.3560.

New technical trap on the Yen as the USD/JPY pair first cleared 109.30 before returning to its range below JPY 109. While the announcement of a Sino-American agreement would allow the courts to test the psychological threshold of 110, nervousness remains palpable in exchanges. We remain cautious between JPY 108 and 109, vigilant about the fundamental context.

For its part, the Australian Dollar is resisting the greenback thanks to the delay in the RBA, but the deterioration in statistics could force the institution to provide more stimulus in the future, as evidenced by the significant decorrelation observed on the AUD/NZD pair. We are still down below USD 0.69, with the annual lows in sight.

Finally, the Canadian dollar seems to owe its salvation only to the optimism of its central bank, which raised its key rate from 0.5% to 1.75% between July 2017 and October 2018, before opting for stagnation since. Ottawa could nevertheless pay the bill, as the latest inventory of the Canadian labor market shows. Beyond 1.3306, we will aim for an acceleration to CAD 1.3434 and CAD 1.3532. 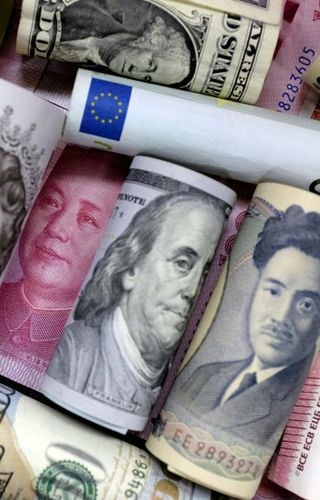