The U.S. economy is in good shape and the Federal Reserve should hold rates steady for the time being, a top Fed official said on Monday.

Philadelphia Federal Reserve Bank President Patrick Harker said he expects economic growth to reach 2% this year and that the unemployment rate could stay below 4% for a couple of years, according to remarks prepared for a speech in Newark, Delaware.

"My own view right now is that we should hold steady for a while and watch how developments and the data unfold before taking any more action," said Harker, noting he thinks the economy is on track to reach the central bank's 2% inflation target.

Fed officials left rates unchanged at last month's policy meeting, with the target range for its benchmark rate at 1.50% to 1.75%. Policymakers said rates are well positioned following three rate reductions last year and signaled rates are likely to stay on hold unless there is a substantial change to the economic outlook.

Harker, who became a voting member for policy decisions last year, did not support the last two rate reductions. He said before last month's meeting that there could be downside to lower rates, which could encourage investors to take more risk.

On Monday, Harker said lower mortgage rates could lead more homeowners to refinance their loans, a shift that could boost consumer spending.

Still, there are several risks that could drag down the economy, Harker said. Businesses are hesitating to invest on hiring and equipment because of uncertainty over trade, the global economy and geopolitical tensions, he said.

Concerns over the coronavirus outbreak could also affect economic growth, he said. "It's too early to say what impact the spread of the coronavirus will have on the global economy, but the negative effects on the Chinese economy and international travel are something to watch," Harker said.

During a panel after he delivered his remarks, Harker said he thought reducing interest rates by a quarter of a percentage point is unlikely to offer much relief to companies whose supply chains were interrupted because of virus-related shutdowns.

However, he added, "If the situation gets significantly worse and we start to see significant impact on the U.S. economy, then we have to think about accommodating. But I don't think we're at that point right now." 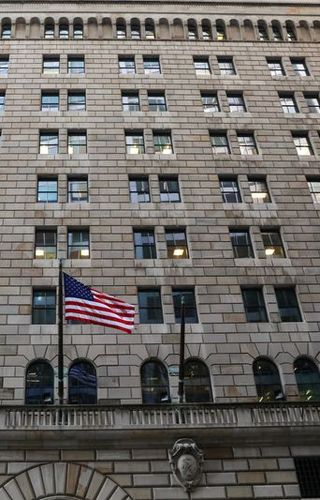