The European Central Bank has no plans to deploy its OMT emergency bond purchase scheme and sees it as an inappropriate tool to fight the coronavirus crisis, two sources familiar with the bank's thinking said on Thursday.

Designed at the height of the euro zone's debt crisis, the Outright Monetary Transactions (OMT) scheme would allow the ECB to make unlimited purchases of a particular country's debt.

Some officials, both in Brussels and at the ECB, are making the case for deploying it.

But the never-used OMT was designed to help individual countries overcome 'traditional' debt imbalances or banking crises via economic adjustment programmes and a three-year relief in market financing.

"The shock we face now is nothing like what OMT was designed for," one of the sources, who asked not to be named said. "It's not appropriate in the current circumstance."

Officials in Brussels are expected to discuss on Thursday the option of using the euro zone's European Stability Mechanism bailout fund to extend precautionary credit lines to member states, satisfying a key precondition for OMT cash.

However, the ECB instead prefers to put the burden on its 750 billion euro (688 billion pounds) Pandemic Emergency Purchase Programme (PEPP), unveiled after an unscheduled meeting last week.

Policymakers see it as even more powerful than OMT, and PEPP's status was reinforced earlier on Thursday when the ECB removed a key limit on its bond buying, allowing it to purchase greater quantities of each euro zone country's debt..

OMT would require countries to be in often-stigmatised economic adjustment programmes. PEPP, meanwhile, is already running, carries fewer conditions and ECB policymakers have agreed on exceptional flexibility over the timing and distribution of purchases under its remit.

Such purchases allow governments to increase spending without a surge in borrowing costs, a necessity now as economic activity in Europe slows dramatically in response to the epidemic.

"PEPP is far more powerful," the source said, adding that the 750 billion euro cap on purchases could be increased if needed.

Another key difference is that while OMT is for a duration of three years, PEPP bonds will stay on the ECB's balance sheet indefinitely, spreading the cost of increased borrowing over a long horizon and keeping annual costs lower.

While a couple of policymakers raised the idea of using OMT at the meeting last week, there was no detailed discussion of the issue with most considering it inappropriate, other sources said. 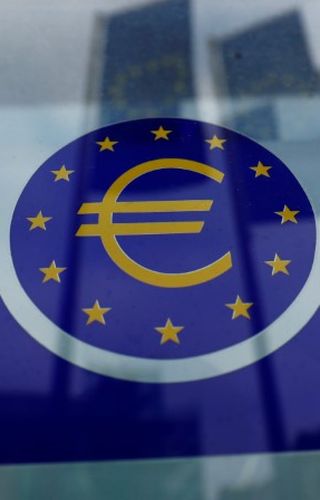