Airlines that own Boeing Co's 737 MAX are cancelling more than 10,000 monthly flights in total as the aircraft remains grounded following two deadly crashes.

Delta does not operate the MAX, enabling it to expand its flight capacity and capture new customers as peers like Southwest Airlines Co have had to scale back.

"There's no question that we're picking up new customers, but that's not the main driver of our performance," Chief Executive Ed Bastian told Reuters, citing strong customer loyalty at a time when air travel demand continues to rise.

American Airlines Group Inc and United Airlines Holdings Inc are scheduling flights without the MAX into early June, in anticipation of extra simulator training requirements for pilots once regulators finally approve the jet to fly again.

Southwest, the other U.S. MAX carrier, so far is cancelling flights into April.

Delta has not picked up premium revenues from rivals over the MAX but Bastian said the carrier would continue to see a marginal benefit while the jet remains grounded.

Net income climbed 8% to $1.1 billion in the quarter through Dec. 31 from a year earlier. Adjusted earnings per share hit $1.70, beating analysts' expectations for $1.40, according to IBES data from Refinitiv.

Lower fuel costs and a 9-cent-per-share gain from the sale of its stake in Brazil's Gol also propped up profit.

Quarterly operating revenue rose 7% to $11.4 billion, and Delta expects growth of 5% to 7% in the first quarter as U.S. demand rises in spite of heightened geopolitical tensions.

Shares were up 4.2% at $61.94, with Delta's positive comments on travel demand lifting shares of other U.S. airlines as well..

Delta, the first of its peers to report quarterly results, generated $4.2 billion of free cash flow for the year, and expects to repeat that this year, enabling new investments in technology to improve passenger experience.

One issue for 2020 will be ongoing contract negotiations with pilots.

As for new aircraft, Delta is still interested in Boeing's proposed new midsized airplane, known as the NMA, despite the planemaker's delayed decision on whether to launch the new aircraft as it continues to deal with the 737 MAX fallout.

Delta wants to remain a customer of both Boeing and Airbus SE but the longer Boeing takes to decide on the NMA's launch, the fewer options the carrier has, Bastian said, noting Airbus' A321XLR and A330 could be alternatives.

The airline is also still interested in investing around 100 million euros ($111.34 million) in the rescue of Italian flagship carrier Alitalia, Bastian said, and is working on anti-trust immunity in South America after closing this month the acquisition of a 20% stake in LATAM Airlines Group.

(Reporting by Tracy Rucinski in Chicago; Editing by Bernadette Baum and Matthew Lewis) 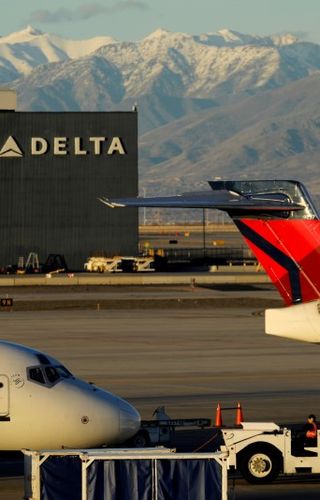