The Reserve Bank of Australia (RBA) bought A$3 billion ($1.8 billion) (1.50 billion pounds) in sovereign government bonds on Thursday, with analysts estimating the central bank could soak up nearly half of all new supply in the market.

With Thursday's purchase, the central bank has now bought A$18 billion in government securities, including semi-government bonds, since it launched quantitative easing on March 20 to blunt the economic fallout of the coronavirus pandemic.

The RBA has said it would buy an "unlimited" number of government bonds in the secondary market to keep three-year yields around 0.25% as the country's A$2 trillion ($1.2 trillion) economy is on the verge of its first recession in three decades.

Plank estimated an increase of more than A$100 billion in new government bonds over the coming 15 months.

"We think the RBA could take up the equivalent of 50% of new supply, though it will be purchasing in the secondary market rather than participating in auctions," Plank added.

"Combined with the banks, this makes finding other buyers a more manageable task and the possible implications for bond yields less concerning."

On Thursday, the RBA bought across maturities with the maximum amount going into May 2021 bonds at A$1.19 billion. It also bought April 2023 bonds for A$893 million, and the remainder was used for December 2021, July 2022 and November 2022 securities.

The number of government bond issuances in Australia is expected to surge with the federal budget seen deteriorating from being in balance last year to a deficit this year as the government embarks on massive fiscal stimulus programmes.

Analysts expect between A$30 billion and A$50 billion of new sovereign bond issuances before the end of June, compared with A$30.2 billion between February and May 2009 during the global financial crisis.

"Moving into 2020-21, there must be a good chance that the AOFM will be faced with the biggest annual issuance task in its history," ANZ's Plank said referring to the Australian Office of Financial Management.

"Who might buy these bonds will be a question of considerable interest." 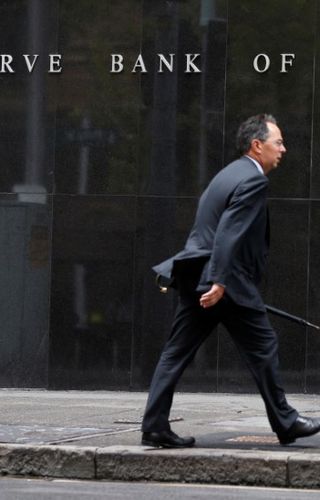