A third and last rate cut, or more?

The US Central Bank lowered the federal funds rate by 25 basis points to a range of 1.5% to 1.75%. This is now the third time in a row. However, it seems  from the Fed statement  that a fourth one is not coming in the near term.

That was to be expected: with the latest GDP figures showing a slowdown, few where doubting that a third rate cut was on the way. It was presented by the FOMC as “insurance” against trade-related uncertainties and the slowdown in global growth.

But what next? Is another rate cut coming soon? Although GDP growth is slowing, there are other positive signs for the US economy, including strong consumer spending (+2.9%) and a rebound in the housing market (+5.1%). Employment also continues to be doing well: according to the ADP survey published on Wednesday, there were 125,000 job creations in the private sector alone in October, a figure that exceeded expectations.

And while the Fed has boosted further expansion by cutting rates three times, it seems that it is not prepared to lower the cost of credit to zero while U.S. growth is still moderately strong. Indeed, the expansion of the economy is forecast to continue to grow at twice the rate of the euro zone for 2019 as a whole, according to IMF projections, at 2.4% against 1.2%.

Jerome Powell referred to these rate cuts as a "mid-cycle adjustment", referring to the three cuts in 1995 and 1998 that had supported the expansion.

The Fed statement had a hawkish tone in many aspects and it seems that it is not planning on cutting rates anytime soon.  Why? First, let’s remember that the FOMC was divided from the beginning of this series of rate cuts. Some members fear that an overly accommodating policy could encourage the creations of market bubbles.

Another clue was in the post-meeting press conference, when Powell said that “we’re not thinking about raising rates right now”, adding that “we’d raise if we saw inflation moving up or likely to move a lot higher, which is not a risk we really see right now.”

However, as always, Powell noted that “policy is not on a preset course”, as a reminder that FOMC’s decisions are always driven by data… 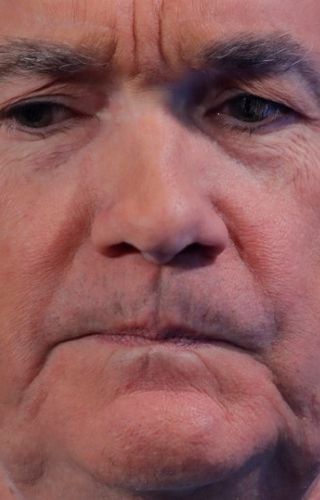