Zuckerberg to meet EU Commissioners ahead of antitrust proposals

Facebook said: "Next week, Mark Zuckerberg will travel to Europe to participate in the Munich Security Conference, and meet with European decision-makers in Brussels to discuss a framework for new rules and regulation for the internet."

Vestager and Breton are set to announce proposals on Feb. 19 to create a single European data market aimed at challenging the dominance of U.S. tech giants such as Facebook, Google and Amazon, according to a European Commission proposal seen by Reuters.

They will also propose rules to govern the use of artificial intelligence. The Commission is expected to seek feedback before finalising the rules.

Facebook is already in Vestager's crosshairs over its use of data collected by the company over the years from classified ads players and its right to use their data for any purpose including to launch competing products, according to a questionnaire seen by Reuters.

Zuckerberg's last public appearance in Brussels was in 2018 when he met European Parliament leaders to answer questions on how the data of 2.7 million European users was improperly shared with political consultancy Cambridge Analytica. 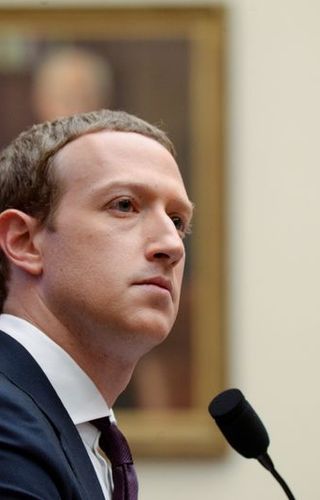