Igor Sechin
Russian President Vladimir Putin met Igor Sechin, his "energy tsar", on Tuesday, the Kremlin said, but it gave no indication on whether Moscow is willing to accept an OPEC+ proposal to further curb oil production.

Russia's delay in responding to the proposal has frustrated some OPEC members. OPEC+ producers are scheduled to meet in Vienna on March 5-6 to consider policy. Their current cuts expire in March.

There has been some discussion about bringing that meeting forward depending on how the coronavirus outbreak affects oil prices.

According to transcripts published on the Kremlin website, Sechin told Putin that the existing OPEC+ production cuts restrained the company's hydrocarbon production, which remained flat in 2019.

No other details from the meeting were disclosed.

"Rosneft is the biggest oil company so we can't rule out that the two people would discuss this," a Kremlin spokesman, Dmitry Peskov, said before the meeting when asked whether Putin and Sechin would discuss the OPEC+ proposal.

Rosneft declined to comment on what was discussed and Peskov did not immediately respond to a request for comment after the meeting.

A technical panel that advises the Organization of the Petroleum Exporting Countries (OPEC) and its allies led by Russia have proposed a further output cut of 600,000 barrels per day (bpd), three sources told Reuters last week.

That is about 0.6% of global supply and would increase OPEC+ cuts to 2.3 million bpd. Novak said Russia was watching the impact of the coronavirus outbreak on global energy markets closely but did not indicate what Moscow's position was.

"The situation remains extremely uncertain," he said in a statement.

"Currently, Russia is closely studying the recommendation of the technical committee in order to evaluate the situation and find a weighted approach based on the market's interest on the whole."

His comments echoed ones he made last week.

Oil prices rose around 1% on Tuesday in tandem with a rally in equity markets but investors remained jittery over the coronavirus as deaths from the outbreak rose above 1,000 in China. <O/R>

By Vladimir Soldatkin and Tom Balmforth 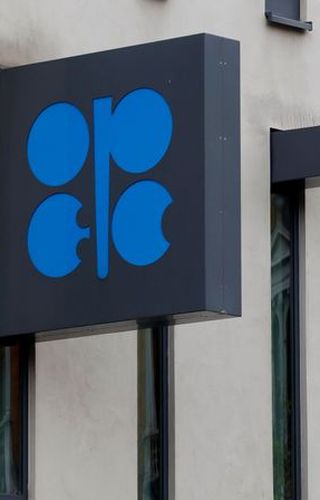