Canada's main stock market rallied for a third straight day and the loonie rose to a nine-day high on Thursday as Ottawa tripled the size of a mortgage securities buying program, with investors becoming more impressed with the amount of economic aid.

Canada said it was ready to buy C$150 billion of mortgage securities, up from C$50 billion announced earlier this month, to expand funding for lenders dealing with tighter credit markets due to the economic impact of the coronavirus outbreak.

On Wednesday, Canada almost doubled the value of an aid package to C$52 billion to help people and businesses deal with losses from the outbreak, while the Bank of Canada has cut its key interest rate by a total of 100 basis points this month to 0.75%.

Some economists expect the central bank to cut rates to zero and begin purchasing in large scale assets such as government bonds.

"Fear over how long coronavirus containment measures could last are starting to be offset by encouragement that fiscal and monetary support measures are underway to support Canadians and Canadian companies," said Colin Cieszynski, chief market strategist at SIA Wealth Management.

The heavily-weighted financials group rallied 1.7%, while industrials were up 3.3%.

Wall Street also rallied as record weekly unemployment benefit claims added to the case for more stimulus to combat the economic impact of the coronavirus pandemic, while the U.S. dollar fell for a fourth straight day against a basket of major currencies.

The Canadian dollar was trading 1% higher at 1.4056 to the greenback, or 71.14 U.S. cents. The currency, which on Wednesday notched its biggest gain in four years, touched its strongest intraday level since March 17 at 1.4010.

The price of oil, one of Canada's major exports, settled 7.7% lower at $22.60 a barrel as restrictions on travel worldwide slashed fuel demand and the United States scrapped plans to buy domestic oil for its emergency reserve.

Canadian government bond yields fell across the curve in sympathy with U.S. Treasuries. The 10-year was down 5.2 basis points at 0.850%. 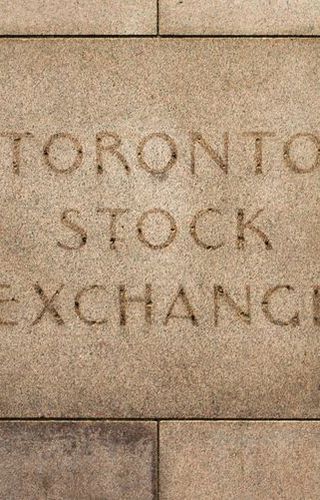