In recent hours, the greenback is taking advantage of the various monetary policy differences between the FED and other major central banks, as well as new accusations that weaken Donald Trump and suggest a brighter future for the United States.

In Europe, first of all, PMI indicators confirm a clear slowdown. Private sector activity, still driven down by the poor health of the manufacturing sector, is falling to its lowest level in six years in Monetary Union and is even falling to its 2008 level in Germany. Between Germany and South Korea, which also reported disappointing data, two of the world's four largest exporting countries illustrate the negative consequences of the trade war.

In the United Kingdom, the British Supreme Court ruled that Boris Johnson's request to suspend Parliament until October 14 was "illegal, null and void". The eleven judges of the country's highest legal authority thus invited the deputies to resume their duties "as soon as possible", which occurred in a rather electric atmosphere. The Prime Minister is now turning a deaf ear to calls for resignation and asserts that he wants to "move forward". But in the absence of an agreement with the EU, the Westminster obstacle should help to endorse a further postponement of Brexit beyond October 31 and prolong uncertainty.

A few days earlier, the Bank of England (BoE) had held its last meeting before this deadline. Highlighting the uncertainties associated with Brexit or the trade war in a context of slowing inflation, the BoE opted for a unanimous status quo. However, in the event of an agreement between London and Brussels, the institution plans a gradual and limited increase in its rates, unlike the line of most major central banks.

In the United States, if Donald Trump welcomed the FED's latest decision with a new stream of tweets towards its leaders, it is on a completely different subject that he is now facing an impeachment procedure. The American president is under new suspicions when he reportedly asked his Ukrainian counterpart to investigate Joe Biden, the favorite to represent the Democratic Party in the upcoming presidential elections in 2020. The Senate, with a Republican majority, is unlikely to validate the eviction of its own president, but the case weakens the executive in the midst of an international trade dispute.

Finally, in New Zealand, RBNZ is calming things down after a surprise half a point drop last month. The central bank maintained its key interest rate at its historic low (1%) in a context of a sharp decline in Kiwifruit but seems to be ready for more support in the event of a prolonged conflict between China and the United States.

In the coming days, traders will be watching U.S. inflation (PCE) and household consumption figures on Friday. Chinese PMI indicators will be released on Monday while the Bank of Australia will issue a new monetary policy decision the following night.

Graphically, the Euro is recording new annual lows, signaling as often as not the need to lighten its positions while waiting for a rebound. A next test of a resistance to 1.1035, even 1.1143, would then offer us the opportunity to re-engage.

For its part, the Pound failed to close above USD 1.2573 and is temporarily withdrawing from its 20-day moving average. A scenario that offers us a good timing to reposition ourselves when buying the parity, in a context where the no deal seems to have been ruled out, with a new test of its resistance in sight.

If the NZD/USD had briefly benefited from an easing of tensions between Beijing and Washington, sending prices back to the contact of 0.6427, the underlying trend is now recovering and threatening a four-year old USD 0.62 support under which a massive quantity of stop orders has built up.

On the safe haven side, the Yen and the Swiss Franc are consolidating pending the resumption of negotiations between the two leading world powers. We are USD/JPY sellers below 108.60 but EUR/CHF buyers above 1.0823, in the hope that the SNB will continue to defend this level. 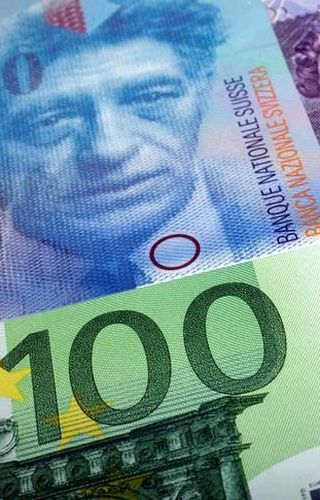