By Frances Yoon and Xie Yu

Long-term Chinese bond yields have hit their lowest level in more than three years, as investors bet the coronavirus epidemic will lead to even slower growth and easier monetary policy.

Yields on 10-year Chinese government debt, which move inversely to prices, this week fell below 3% for the first time since November 2016. By late afternoon in Hong Kong Wednesday, yields on this yuan-denominated debt stood at 2.894%, Tullett Prebon data showed, down from 3.169% at the start of the year.

The People's Bank of China focuses less on changing benchmark interest rates than many central banks but has a range of other tools. So far this week, it has injected 1.7 trillion yuan ($242.93 billion) of liquidity into the banking system. It can also prod banks to lend more by cutting a measure known as the reserve-requirement ratio. That refers to the proportion of their deposits banks must keep at the Central Bank as reserves.

Lower yields can benefit Chinese companies that need to raise funds from bond buyers, by reducing the benchmark interest rate over which their debt is priced.

Sun Binbin, chief analyst with TF Securities, said if the epidemic peaked in the first quarter, the central bank would probably cut the reserve ratio once or twice more, by more than 1 percentage point in total. In that scenario, he expects 10-year yields of about 2.6% to 2.8% in the first half of this year.

In addition, it reflects uncertainty about how quickly the virus will spread and how it could affect manufacturing, he said in an email. The shift also points to anticipation of increased monetary easing in response.

Yields on benchmark U.S., British and German bonds have also all fallen in 2020, while riskier Chinese assets have sold off. The Shanghai Composite Index is down about 7.6% so far this year, following a big postholiday fall on Monday and a smaller recovery in the following two sessions.

Eugene Leow, an interest-rate strategist at DBS Bank, said Chinese bonds were catching up with markets elsewhere, in reflecting the threat the epidemic posed to global and Chinese growth. Chinese financial markets were closed over the Lunar New Year holiday, with trading stopping on Jan. 23 and resuming on Monday.

"Until there are clearer signs that the spread of Wuhan virus is slowing, bonds are going to be somewhat expensive," Mr. Leow said.

Mr. Yao, at AXA IM, said company borrowing costs could come down, thanks to lower bond yields, liquidity injections and as Beijing encourages banks to lend more cheaply. However, he said slower growth would tend to offset monetary easing in determining lending rates.

Some foreign bondholders will be among the beneficiaries of the rally. International investors make up a small but rapidly growing chunk of China's bond market, where they have tended to concentrate on bonds issued by the central bank and state-owned policy banks.

Write to Frances Yoon at frances.yoon@wsj.com and Xie Yu at Yu.Xie@wsj.com 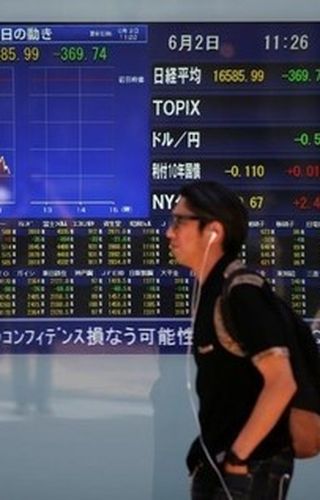