When the UK voted to leave the European Union in June 2016, rushing into the exporter-heavy FTSE 100 stocks index for a currency hedge and international exposure made sense for investors alarmed by a falling pound and dire economic forecasts.

Little did they know that the lightly regulated, UK-focused Alternative Investment Market (AIM) would prove to be a much better investment in the following four years, with a 34% gain.

London's AIM had a "wild west" tag: a home for young, innovative companies making their stock market debut. It offered both success stories and disappointing investments.

AIM, which was launched in 1995, was seen as the ultimate hunting ground for savvy, risk-taking stock pickers. Its constituents were prone to wilder moves than within its midcap peer, the FTSE 250 index, or the blue-chip FTSE 100.

But since the 2016 Brexit referendum and more recently with the coronavirus pandemic, it has consistently outperformed its bigger rivals. 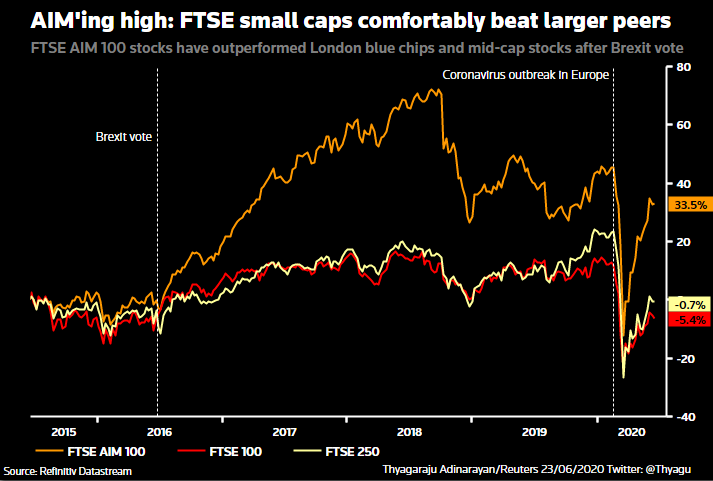 The outperformance was largely down to a few stocks, such as online fashion retailer Boohoo and premium tonic water maker tonic maker Fevertree. Both of them have risen multi-fold since the Brexit vote in 2016.

The top five companies make up a fifth of the AIM index. 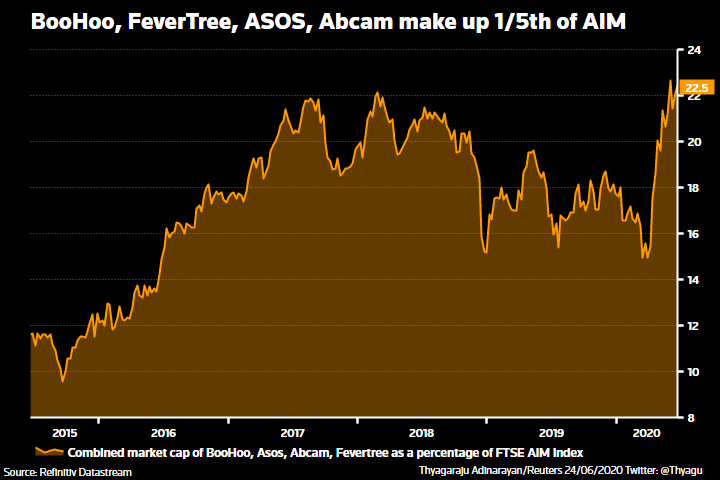 In further evidence of AIM's success, data compiled by investment platform Willis Owen shows that a number of funds focused on the index beat their peers.

Over the four years since the British people voted to leave the bloc, the TM Cavendish AIM TR fund, for instance, returned 91.9%, data compiled by Willis Owen showed.

"In fact, of the top 10 best-performing UK funds since the 2016 referendum, eight of them specifically invest in smaller firms", many of them listed on AIM.

"Many predicted that small UK companies would be the biggest victims of Brexit as their success is often linked to health of the overall economy", said Adrian Lowcock, head of personal investing at Willis Owen.

One reason for their success might lie in their ability to quickly adapt to a changing environment. For instance, shares of Boohoo, which owns the Nasty Gal and prettylittlething brands, have risen 15-fold since June 2016.

"In our experience, smaller companies are often self-helpers and innovators; they don't wait around for the rules to change", Lowcock said. 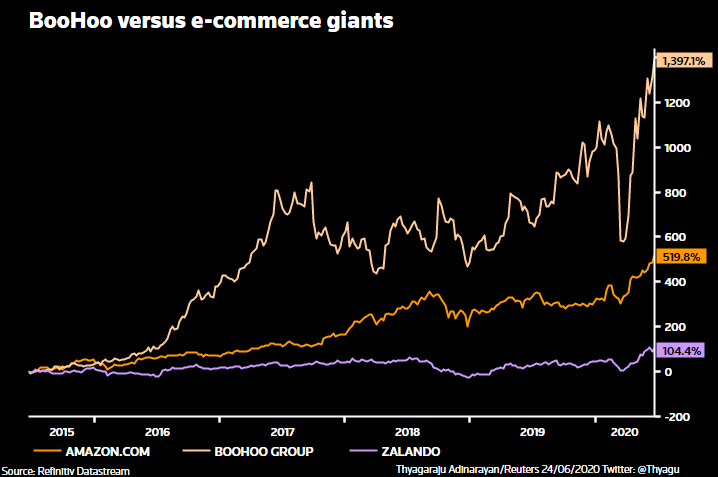