China's iron ore imports rose 0.47% in 2019 to hover just below their all-time annual peak, fueled by strong demand at steel mills and a second-half recovery in shipments from big miners after disruptions earlier in the year.

The world's top steel producer brought in 1.069 billion tonnes of iron ore in 2019, rising from 1.064 billion tonnes a year earlier, data from the General Administration of Customs showed on Tuesday. The record remains 2017's 1.075 billion tonnes.

In December, purchases of the steelmaking ingredient surged 11.8% from a month earlier to 101.3 million tonnes, the data showed - the highest monthly import level in 27 months.

The jump in iron ore imports came despite shipments from big miners being cut in the first half of 2019, when a tailings dam collapsed at a Brazilian mine while a tropical cyclone hit miners in west Australia.

Prices for benchmark iron ore futures on the Dalian Commodity Exchange soared almost 140% in 2019, squeezing profit margins at mills across China that were already hurt by slowing economic growth and a bruising trade war with the United States.

Beijing's move to beef up stimulus projects to avoid a sharper economic slowdown led to robust demand from a resilient property market and the infrastructure sector, helping to boost iron ore imports.

"Many construction activities will even last till the Lunar New Year eve," Tianfeng's Wu said, referring to the traditional week-long holiday season that is set to bring a broad industry slowdown from Jan. 24 this year.

With Brazil's Vale SA resuming operations at some mines and other big miners increasing production, analysts and market participants expect a rise in overall iron ore supply this year.

China's steel product exports recovered from November to 4.68 million tonnes, but were still well below 5.56 million tonnes in the same period last year.

Steel exports have cooled since the second half of 2019, hit by Beijing's efforts to cut overcapacity, along with slower global demand and trade frictions.

By Min Zhang and Tom Daly 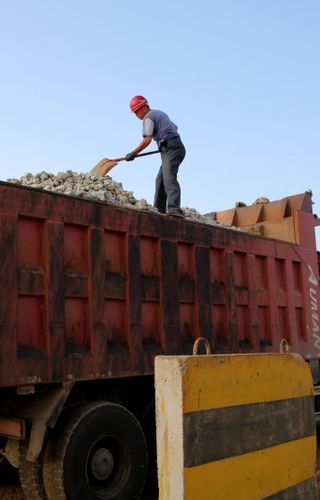